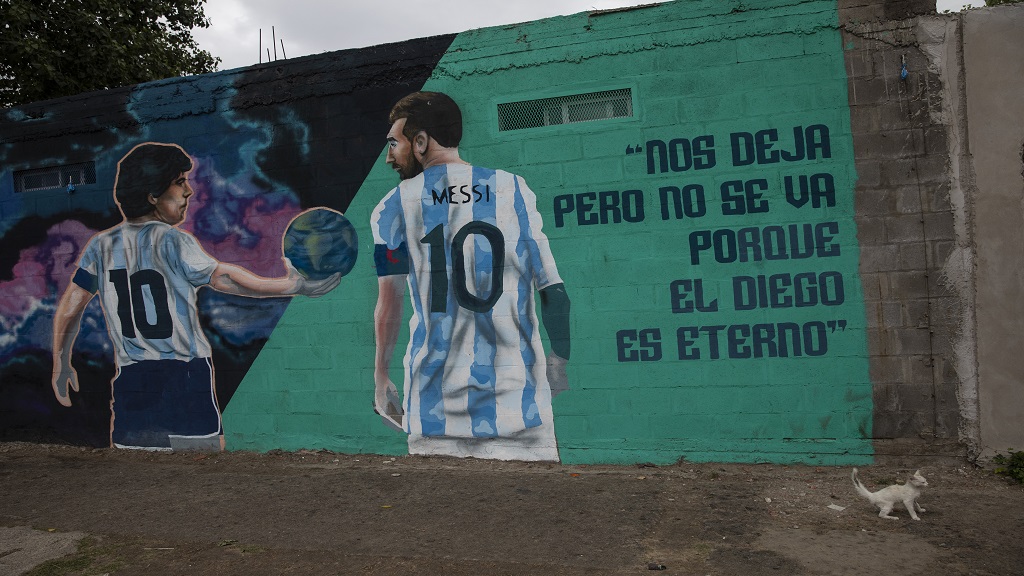 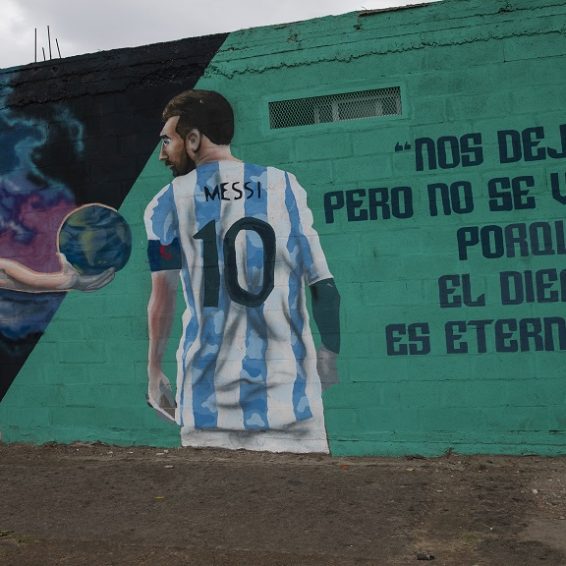 Argentina celebrate Maradona one year after his death | Loop Jamaica

Argentina celebrate Maradona one year after his death

A mural depicts the late football star Diego Maradona, left, and Lionel Messi, with a message that reads in Spanish, “He has left us, but he is not gone because Diego is eternal,” outside the “Estrella de Fiorito” club, Maradona’s first club, in the Fiorito neighborhood of Buenos Aires, Argentina, Thursday, Nov. 25, 2021, on the one-year anniversary of the football legend’s death. (AP Photo/Rodrigo Abd).

Argentina marked the one-year anniversary of the death of football legend Diego Maradona on Thursday with ceremonies, tributes, graffiti murals and emotional messages on social media.

Maradona died of a heart attack at the age of 60 after having brain surgery two weeks earlier. Seven health professionals who tended to the star are facing criminal charges after a medical report said Maradona did not receive adequate treatment.

“The world has been more horrible for a year because you are not here,” Maradona’s eldest daughter Dalma wrote on Instagram.

“I came so Dieguito said hi to his father,” his mother Veronica Ojeda told journalists.

Argentina’s national team also marked the occasion on social media with the message: “It has been one year since you became immortal. We will never forget you.”

The country’s football association said the next round of the domestic championship will take place after players jointly form a number 10 on the pitch before each match.

Fans also gathered for tributes at sites dedicated to the Argentine great.

Argentina celebrate Maradona one year after his death

Prime Minister Andrew Holness has announced that only fully vaccinated individuals will be allowed to attend Government functions and other events that require Government approval.

Dancehall star Shenseea is elated that she has copped four Grammy nominations, including for the prestigious Album Of The Year category, due to a change in the rules that now allow credited featur

Ruel Reid walks away from JC with $23.3-million settlement

Embattled educator Ruel Reid is set to collect nearly $23.3 million as a settlement for resigning as principal of Jamaica College (JC).

Opposition Member of Parliament [MP] for Clarendon South West, Lothan Cousins, received the ire of Government members in the House of Representatives on Tuesday, after he charged that soldiers were br

Forty-three-year-old Shaun-Neil Walker has been living with Type 1 diabetes for the past 28 years.

For him, being diagnosed at 15 years old – after displaying classic symptoms of diabetes such as e