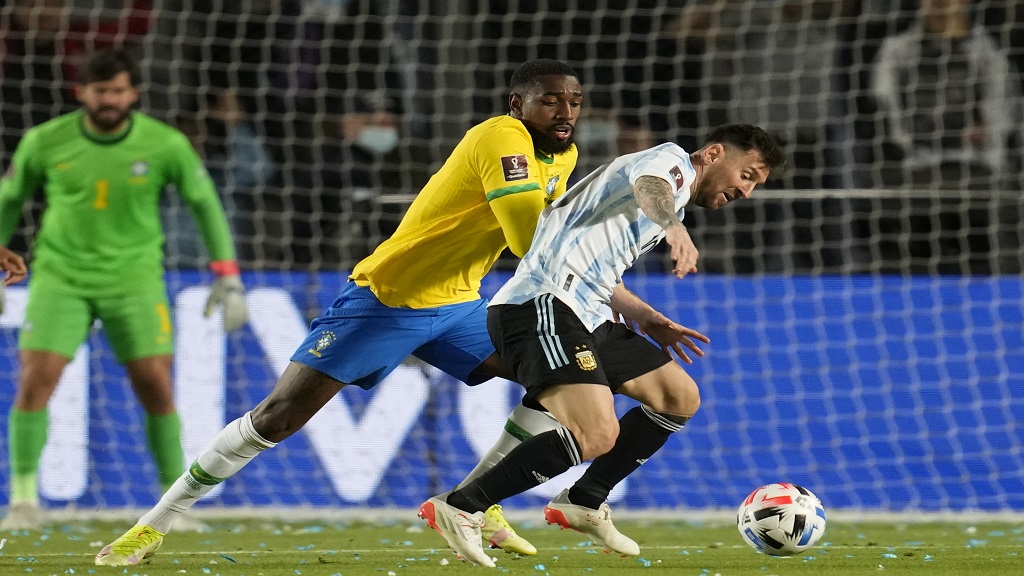 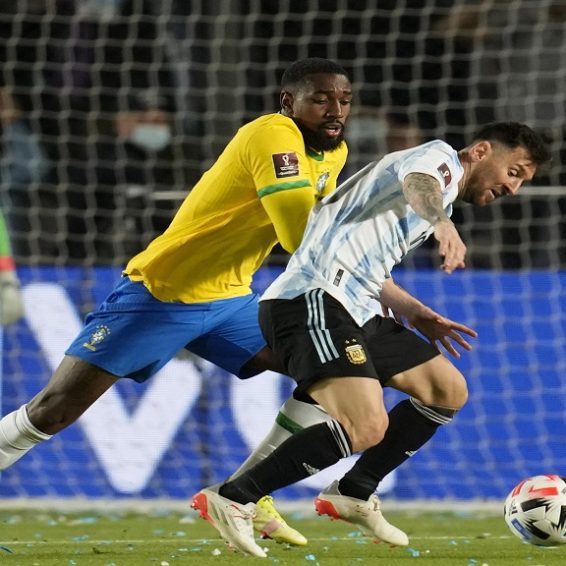 Argentina secured a place in next year’s World Cup after a 0-0 draw against Brazil on Tuesday, giving Lionel Messi his fifth and possibly final shot at winning the only major trophy missing in his career.

Competition-leading Brazil had already secured the first of South America’s four direct entries to Qatar 2022. The fifth-place team goes into an intercontinental playoff for a spot in Qatar.

Brazil have 35 points, six ahead of Argentina. Both teams have completed 13 games, one fewer than scheduled because their encounter in September was suspended after seven minutes when Brazilian officials belatedly enforced COVID-19 restrictions. FIFA is yet to decide what to do with that match.

Ecuador have 23 points and is well established in the third position. And then, except for last-place Venezuela, there’s a crush of candidates to qualify.

Colombia and Peru have 17 points and Chile are sixth with 16 points, narrowly ahead of Uruguay on goal difference. Bolivia are surprisingly competitive with 15 points in eighth position. Paraguay can’t be ruled out with 13 points.

Few opportunities were available for Argentina and Brazil in a tense match marked by Messi’s low key performance and Neymar’s absence due to injury. Goalkeepers Emiliano Martinez and Alisson were just about spectators most of the match.

Messi, who played the entire match after recovering from a knee injury, said he felt well on the pitch. He played for only 15 minutes in Argentina’s 1-0 win over Uruguay last week so he could recover to face Brazil.

“It is not easy to play with the pace that this match demanded,” Messi said after the match. He had only one opportunity from the edge of the box near the final whistle, but it was easily saved by Brazil goalkeeper Alisson.

Brazil player Fred, who hit the bar with a shot in the 60th minute, said his team’s defense was once more tested and once more succeeded in qualifiers.

“Today we didn’t score, we missed some opportunities, but once again we have a clean sheet,” he said. “We hope to arrive well at the World Cup.”

The most controversial moment of the match in San Juan, in Argentina’s Northwest, was in the 35th minute when Raphinha was hit by Nicolas Otemendi’s elbow on his mouth and started bleeding. There was no video review of the move. The Brazilian needed five stitches during the break.

“It is simply impossible not to see Otamendi’s elbow on Raphinha,” he said. “Was that going to decide the match? I don’t know. It was a great match, but there is an element (missing) that should be equal for both teams.”

Argentina’s Scaloni agreed both teams had few opportunities, but focused on his team’s direct entry to Qatar.

“This year was magnificent. We won Copa America, qualified for the World Cup, and we are in an unbeaten streak,” he said, in a reference to his team’s 17 wins and 10 draws since the 2019 Copa America semifinal against Brazil. “To qualify so early, in such tough qualifiers, it is something to be proud of.”

Uruguay will finish the year in seventh place in the 10-team round-robin competition. They have four matches remaining to push for qualification.

Bolivia opened the scoring on the half-hour when goalkeeper Fernando Muslera failed to hold Juan Carlos Arce’s cross. Marcelo Martins got the second in the altitude of La Paz with a header in the 45th.

Arce finished off in the 79th with another header. It could have been worse for Uruguay had Bolivia not missed a penalty in the second half.

“I am a professional, I signed a contract and it says everything I need to do,” the veteran coach said. “I don’t know who can ask me to do that (resign) after this time at work.”

During his second spell with Uruguay, Tabarez took the team to the past three World Cups, including a memorable campaign to the semifinals in South Africa in 2010. He has also won the 2011 Copa America.

Peru overtook Uruguay after a 2-1 win at Venezuela, moving Ricardo Gareca’s team to 17 points along with Colombia, which had a 0-0 draw with Paraguay.

Gianluca Lapadula opened the scoring for the visitors in the 18th minute and Venezuela’s Darwin Machis equalized in the 52nd. Christian Cueva netted the winner in the 65th, and Peru goalkeeper Pedro Gallese saved a penalty to keep his team in the lead.