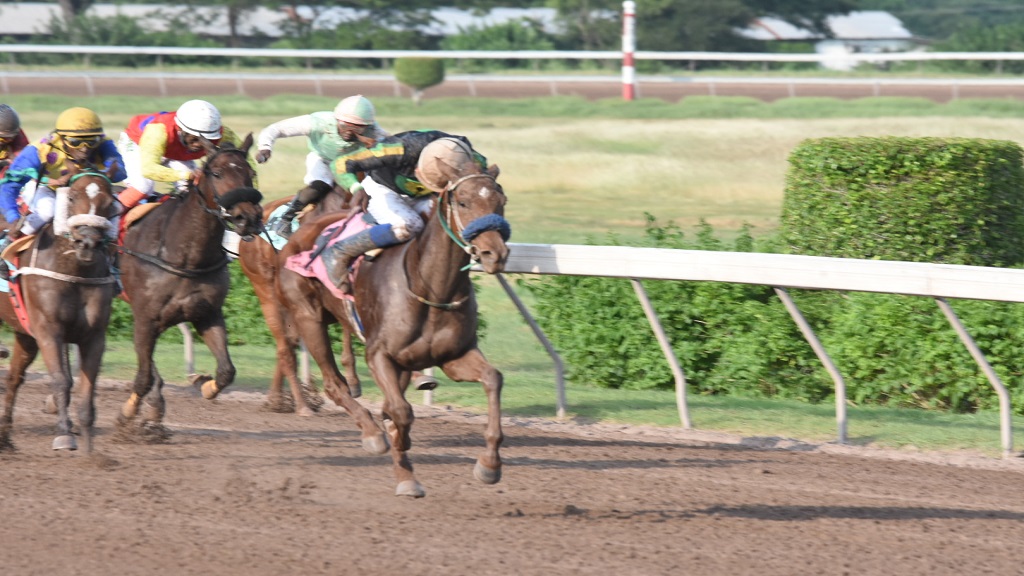 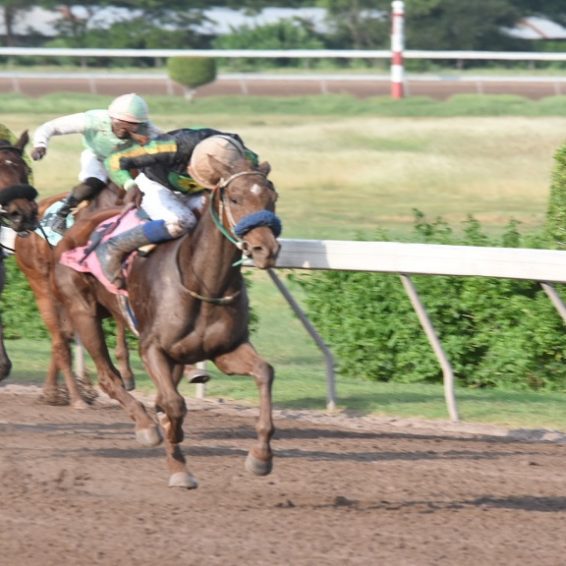 BIG JULE made amends for his disappointing down-the-track finish in September’s Winston Griffiths, beating 4-5 favourite SANTORINI into third place at Caymanas Park on Saturday, a smashing 10-length win off an 11-week lay-up.

Reproducing his Jamaica Derby fourth-place form in the United Racehorse Trainers’ Association of Jamaica feature race at nine furlongs and 25 yards, Ian Parsard’s BIG JULE, slipped away from the field with a sweeping move past IANNAI LINKS three furlongs out.

Jason DaCosta’s UNRULY BOSS and Anthony Nunes’ SANTORINI lacked the class to keep pace with the imported-in-utero BIG JULE with Omar Walker astride.

Having signalled his return to form by chasing home course-specialist CAPTUREMYSHIP at five furlongs straight, off a four-month lay-up on October 25, SPARKLE DIAMOND, the 2-1 favourite, broke sharply with Shane Ellis to make every post a winning one, beating DaCosta’s I AM FRED by five and a half lengths in a fast1:25.2.

Nunes starts Sunday’s nine-race card approximately $1.5 million ahead of DaCosta, who he had overhauled last Saturday with FURTHER AND BEYOND’s thrilling win over his rival’s BILLY WHIZZ in the $6m Jamaica Cup.