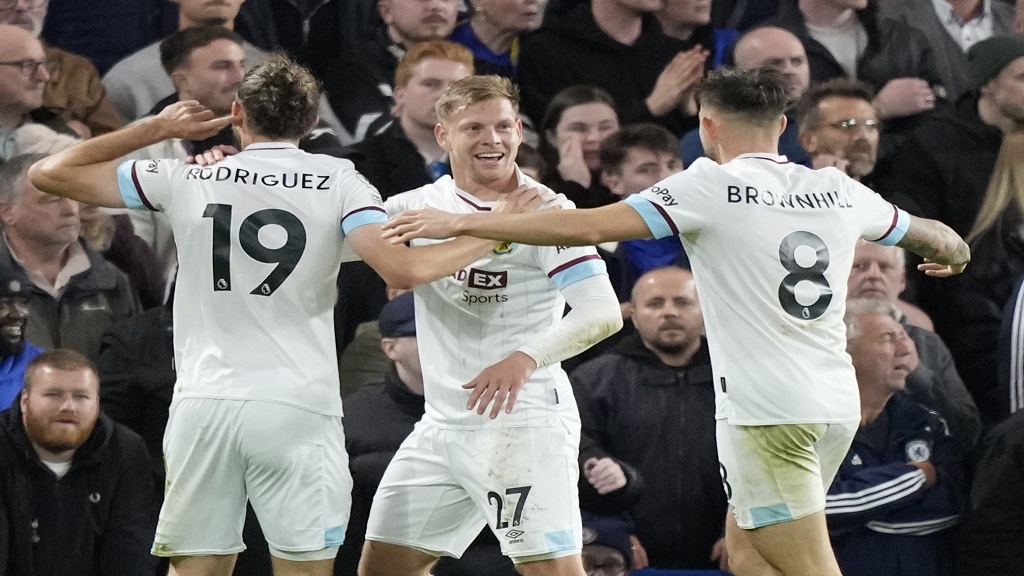 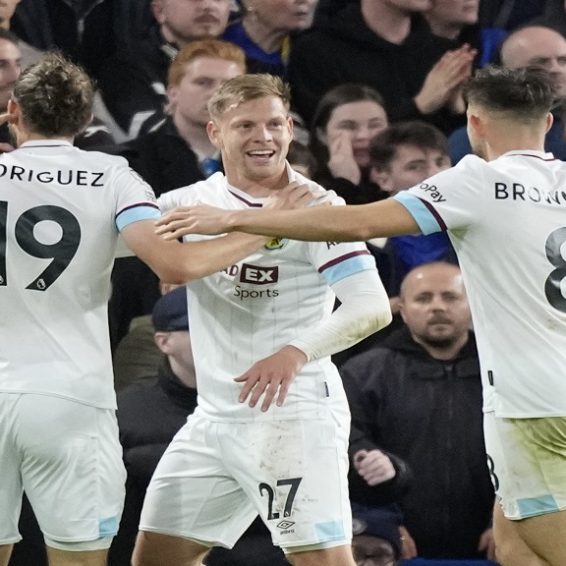 Matej Vydra pounced late to stun sloppy Chelsea and give Burnley a 1-1 draw in the English Premier League (EPL) on Saturday.

Czech Republic forward Vydra came off the bench to convert the Clarets’ only chance at Stamford Bridge, cancelling out Kai Havertz’s 33rd-minute effort that had seemingly put the league leader on course for a fifth-straight top-flight win.

Chelsea had controlled the match for 75 minutes only for a short lapse in concentration and intensity to cost them two points.

Thomas Tuchel’s team will still see out the weekend atop the Premier League, but Liverpool will have the chance to cut the lead to one point with a victory at West Ham on Sunday.

Chelsea tore into Burnley without delay from the start. Callum Hudson-Odoi saw a low drive parried by Nick Pope and could only blaze the rebound wide.

Reece James had a shot blocked, then Andreas Christensen headed wide from one corner and Antonio Rudiger over the bar from another.

Burnley could hardly cope with that opening nine-minute onslaught but somehow held out without conceding beyond the half-hour mark.

Havertz had been bundled into the crowd by Matt Lowton and had hardly dusted himself down when the best chance of the half was delivered on a platter for him.

James’ inch-perfect cross begged to be buried, and the Germany forward delivered in typically unfazed style, heading in the opener.

It was Havertz’s second league goal of the season while James delivered his third assist of the campaign, to add to his four goals, amid another impressive performance.

Chelsea sustained control after the break, with Thiago Silva heading against the outside of a post and Havertz flicking over from Hudson-Odoi’s cross.

Hudson-Odoi then saw a rasping effort deflected to safety off the line by both Pope and Lowton as Chelsea pressed time and again to improve their lead.

Chelsea lost momentum before the job was complete however, and Burnley pounced clinically.

Vydra bundled home a ball headed back across the box, to level the game at 1-1 with little more than 10 minutes to play.

Tuchel sent on Mason Mount and Christian Pulisic in a bid for a late winner, but to no avail.