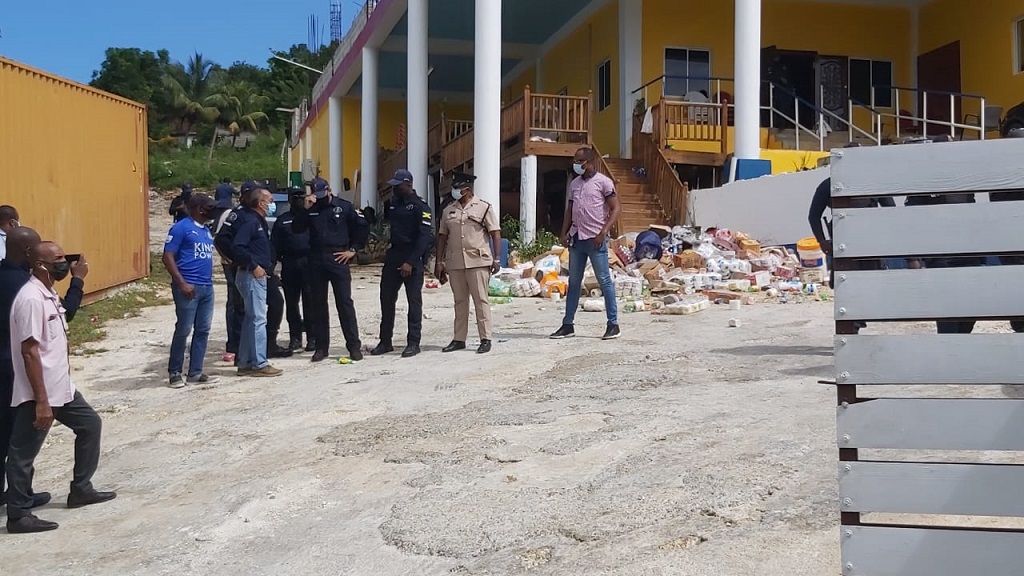 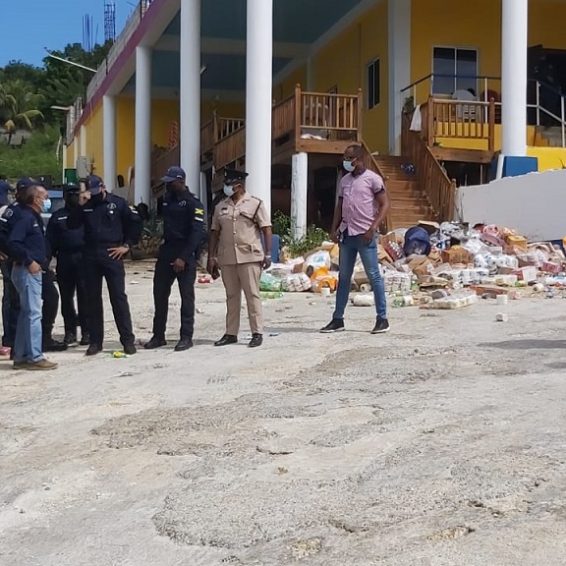 Several of Jamaica’s leading religious leaders are advising Jamaicans, in particular those in the Christian community, to be aware of certain red flags that could indicate cult-like behaviour that is not in line with the scriptures.

Their caution comes as the country continues to react to the bizarre sequence of events that unfolded on Sunday at the Pathways International Restoration Church in Paradise, Montego Bay, St James, during which a member of the congregation was shot dead by the police. The now deceased man had reportedly fired on the police who had gone to the location to investigate reports that church members were being offered as human sacrifices.

Two persons were found dead inside the church, including a woman whose throat had been slashed. Several injured persons were rushed to hospital and the church leader and over 40 members of the congregation were detained by the police.

A number Children who were found inside the building are now in state care.

Executive Chairman for the Church of God in Jamaica, Reverend Adhinair Jones, is recommending that persons closely observe not just the spiritual life, but also the personal lives of their religious leaders.

“I would advise adults and young people and children to watch for the signs where church groups become overbearing and are overreaching, especially in relation to the conduct of their private lives,” he told Loop News on Tuesday.

Jones, who is also a former Chairman of the Jamaica Umbrella Group of Churches, said there have been some developments in the country relating to religious and spiritual formations and prophecies that are inconsistent with sound biblical beliefs and the Christian faith.

“There are some groups that are either a cult or are bordering on some prophecies that could only be termed occult practices,” said Jones.

“In the absence of regulating religious practices, they’re able to establish themselves and flourish,” he indicated.

According to Jones, such organisations are more prevalent in areas where people have high levels of gullibility and vulnerability.

To this end, he said persons should question the foundational beliefs of those religious groups “and where they have good reason to be suspicious or even just doubtful, to do the research, or to find somebody who is capable to provide some assistance in understanding what is going on.”

Jones posited that some of the unusual religious behaviours and practices tend to suggest that there are some mental issues involved in some of the operatives and the functionaries.

“Where people begin to see signs of inconsistency in relation to what is said and what is done, they too must begin to see those as red flags and begin to take a step back and to become a little bit more objective in assessing what is going on,” he stated.

For his part, President of the Jamaica Council of Churches (JCC) Reverend Newton Dixon, is urging Jamaicans to be more vigilant in observing warning signs.

“There are some basic red flags that we all look for when we’re trying to figure out what is genuine Christian expression. There should be a steadfastness on the person of Jesus Chris,t so when we start to focus too much on the (other) leader, or the personalities or the individuals, or even the institution, we probably might find that later on we run into something false,” said Dixon.

“A particular problem I have is how much of the individual we put into the process,” he told Loop News.

Dixon warned that “A red flag for most people should be an over emphasis on a leader, an over engagement in lifting up a leader; this kind of messianic appreciation of a human being. That to me is always a red flag.”

The JCC president also warned against people becoming too engaged with ritual, even while admitting that rituals are very important.

“What ritual does is connect our existential realm with something more transcendent. But if ritual becomes the be all and end all of our religious experience, if you end up worshipping the ritual… then you have a problem.”

Dixon said when ritual becomes harmful or distressing to someone, or painful or costly, you have to be careful.

Meanwhile, Archbishop of Kingston, Kenneth Richards, said “there are certain markers that are associated with cultic behaviour, (including) a messianic personality, and that leads to persons manipulating others, basically taking away their freedom.”

Richards said in such situations, individuals should be cautious and not allow anyone to exercise that kind of control over them.

In the meantime, pastor within the Missionary Church Association in Jamaica, Mark Dawes, is cautioning against situations where there is a single leader within a church in whom all power is vested.

“The first thing people should do is ensure that the organisation has more than one leader or a team of leaders. There must be plurality of leadership and no leader should be so officially head and shoulders above the other leaders,” said Dawes.

He acknowledged that a leader may, by dint of his personally and character, be head and shoulders above other people in a church. However, he said that must not be legitimised in terms of the authority structure.

“To the extent it happens, it happens by force of the person’s personality, but it must not be legitimised by the bylaws of the church or the constitution of the church,” Dawes stated.

He also suggested that in a case where a person is leaving one church to join another, it may be useful to conduct an exit interview with one’s pastor.

“So that they can be quizzed about what is motivating them to want to go see the church down the road because sometimes your leader can see your blind spots and save you from yourself,” added Dawes.

Also commenting was the founder of Power of Faith Ministries International Inc., Bishop Dr Delford Davis, who wants Christians to pay closer attention to the word of God.

“The word of God tells us that in these days perilous times shall come. What Christians have been advised to do (by) John (the apostle) is believe not every spirit, but try the spirit for false Christ; false prophets are already in the world and they are able to act as if they are messengers of Christ. The Bible calls them angels of light, but they are angels of darkness,” said Davis.

“The point is that people must try the spirit, they must discern. You do that in two ways – one, you look at what the word of God says, which is our guide; so try the spirit.

“Secondly, know that there are false persons in all professions of life; you have false shepherds; you have false everybody, everywhere. So you have to make sure that you have the understanding, you have the knowledge as to what truth is, as opposed to error, because in all fairness, there’s a thin line between the devil’s lie and God’s truth,” Davis added.

Meanwhile, the archbishop of Kingston is urging churches and other institutions in St James to provide counselling services for those persons who would have been left traumatised by the recent incident.