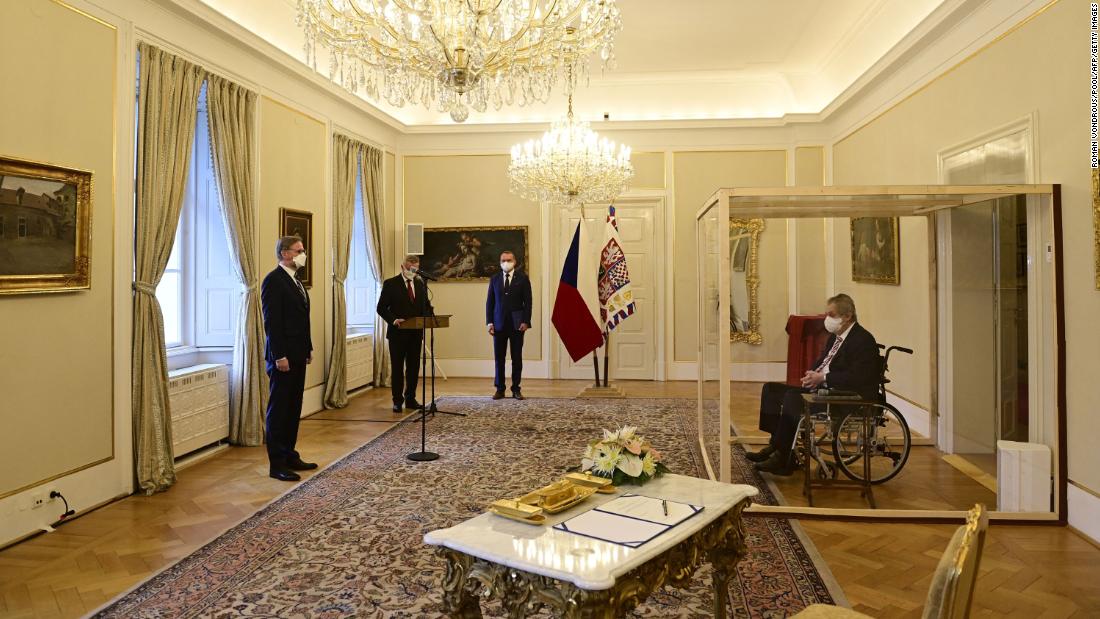 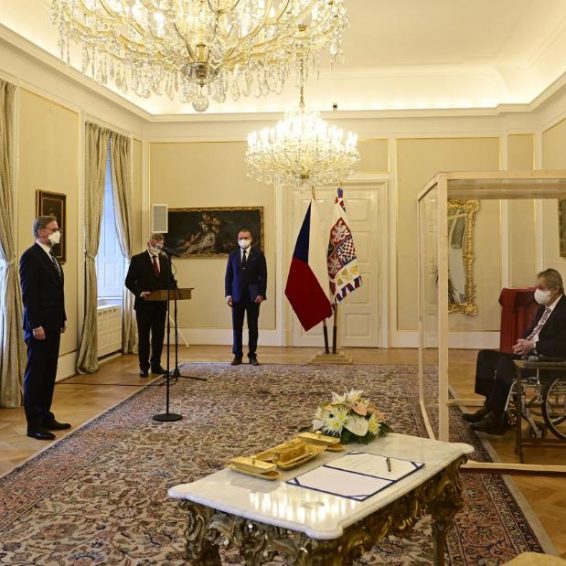 2 months ago·1 min read
ShareTweetPinShare
Home
World News
Covid-struck Czech President appoints new Prime Minister from inside a glass box
The content originally appeared on: CNN
Zeman tested positive for the coronavirus earlier this week, and is currently recovering after a lengthy stay at a hospital for non-Covid related serious illness at the presidential retreat in Lany, west of the capital city of Prague.
Fiala, like everyone else at the ceremony, was wearing a respirator when he signed the official document in front of Zeman, who was sitting inside the box which was constructed especially for the occasion.
Fiala, the chairman of the center-right ODS party, will lead a five-party grouping of two centrist coalitions that won the parliamentary election last month.
Soon after the results were announced, the two coalitions signed a memorandum to form a government to unseat the current populist Prime Minister Andrej Babis.
Read More
Communists have now left the Czech parliament, more than three decades after the Velvet Revolution
The election was a disaster for the political left, with the Communist Party of Bohemia and Moravia (KSCM), the direct successor of the totalitarian Communist Party of Czechoslovakia, dropping out of the parliament for the first time in 76 years.
Just a day after the election, the 77-year-old Zeman was rushed to hospital where he spent several weeks in intensive care for liver and other serious health problems.
One of the president’s main constitutional roles is to select the next prime minister to form a government, so Zeman’s hospitalization has left the country in a political deadlock.
Zeman was released from the hospital after 46 days on Thursday morning only to be sent back later in the evening after testing positive for Covid-19.
He was released again on Saturday, after showing no Covid symptoms, but with the requirement that he remains in quarantine.
During the ceremony, Zeman and Fiala spoke to each other using microphones. Zeman said he will next meet with Fiala’s prospective cabinet members individually, adding he wants to complete the process by December 13.
Until then, the new government is formed and secures a vote of confidence in the lower house of the Czech Parliament, Babis and his government remains in power.