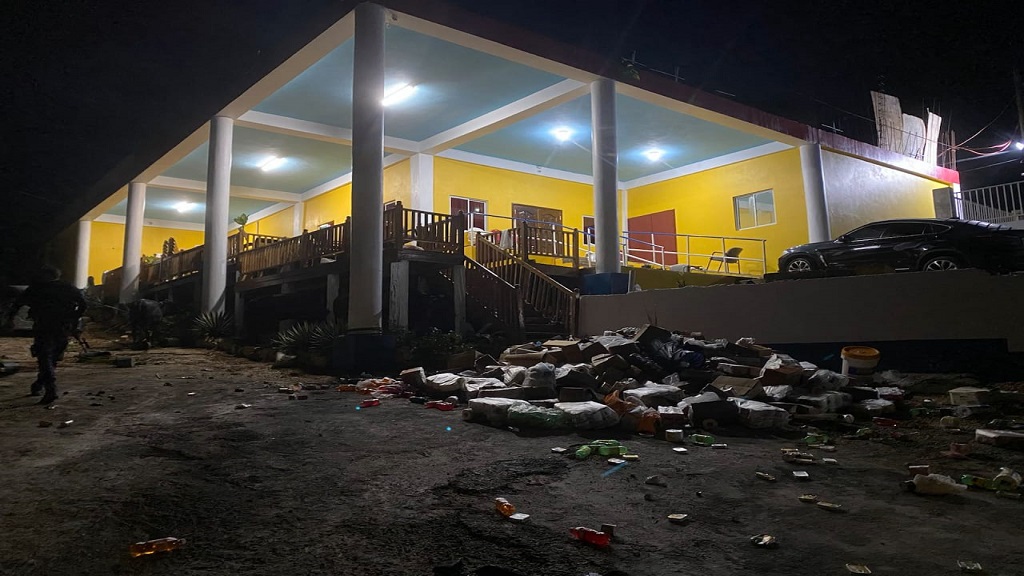 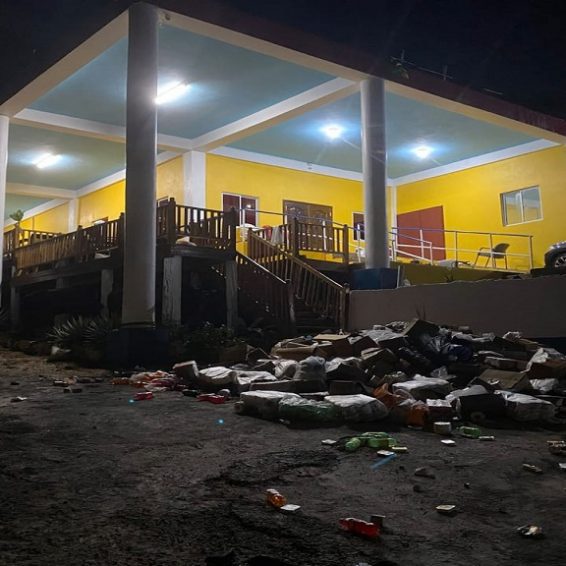 Alleged cult pastor Kevin Smith had ordered Andre Ruddock to behead a woman whose throat he had earlier slashed on Sundays, October 17 during a bizarre ritual at the Pathways International Kingdom Restoration Ministries in St James, according to the prosecution.

However, Ruddock refused to behead the woman, Taneka Gardner, who eventually died inside the church, according to an eyewitness’s statement.

Those events form part of the lengthy allegations issued in a release by Director of Public Prosecutions Paula Llewellyn, QC, after Ruddock’s appearance in the Home Circuit Court in downtown Kingston on Wednesday.

Ruddock is charged for Gardener’s murder.

Members of the security forces inside the building following a raid on Sunday, October 17.

Llewellyn confirmed to Loop News that Ruddock was ordered by the court to undergo a psychiatric evaluation. Ruddock was remanded in custody until December 7, when his case will again be mentioned.

Senior attorney Anthony Williams was assigned to represent Ruddock and attorney Venice Brown is also a member of the defence team.

According to the detailed allegations released by Llewellyn, cult leader Smith is purported to be trained in Technical Psycho Therapy.

According to the prosecution, Gardener was introduced by her aunt to the church when it was located elsewhere.

The now accused, Ruddock, was employed by Smith to take care of his animals, which included 17 goats and three cows, and to perform other jobs around the church.

His Majesty, change in message, Selassie is God

According to witness accounts, Smith was addressed by the titles “His Excellency”, “Daddy” or “Father.” He later asked to be addressed as “His Majesty” because he was the king.

“In the initial days of its establishment, the church operated like an ordinary church for most members with marriages, baptisms, sowing of seeds and deliverance ministries being the norm. The members of the church claim that Dr Smith would prophesy or get a vision about people’s deaths,” the DPP stated.

But one witness alleges that approximately two weeks prior to the murderous onslaught and criminality at the church, Smith “began to act strange, and changed what he taught in the church”, according to the DPP’s release.

Dictatorial methods, Mark of the Beast

The island’s chief prosecutor also turned the spotlight on how Smith controlled finances at the St James-based religious organisation.

“It is alleged that if Smith wanted a donation from the church and he believed that a particular member had money and did not want to give it to him, he would say that the member would crash and die, and he would send out his wrath on that member and his/her family,” outlined Llewellyn in the release.

“Dr Smith would allegedly use threatening terminology to get the money, and his method was described as dictatorial. If a particular member and his/her family wanted to proceed on vacation, the member would have to seek permission from Dr Smith.

“Smith said that without his covering, the member and his/her family would not pass through Immigration.”

The church also had a Facebook page, where Smith would post information in relation to the church and communicate with his congregants.

“On October 12, 2021 Smith said that the persons in the church who took the vaccine will be singled out and put out of the church,” the DPP said, explaining that the pastor did not believe in the vaccine and said it was the Mark of the Beast.

“He further said that anyone who took the vaccine had no share and part with God and would be cut off from the light,” she noted.

God in the flesh

On Friday, October 15, two days before the murders at the church, there was also a Facebook post made informing the congregants to attend the church the following day for Smith to speak with them.

Members gathered at the church on that Saturday, dressed in white as Smith had ordered.

A service then commenced at the church from 6pm until about 1am on Sunday, October 17 when Gardner was killed.

One individual, referred by the DPP as Witness A, said he and Ruddock went to feed Smith’s animals in the morning.

“At about 9am, Smith ordered the members to throw away all sodas, and fill the bottles with water, as well as to throw all canned food,” the DPP said.

Hours later, at about 2:35pm, Witness A observed when Smith allegedly arrived at the church in the company of now-deceased Kevaughn Palmer and a police officer.

“… Smith allegedly shouted that he was, ‘God in the flesh, come in the ark before it closes’. He referred to the church as the ‘Ark’,” according to the release from the DPP.

“Witness A indicates that Dr Smith told the members to throw away all tissue, wipes and soap. While disposing of the items a bottle of wine broke.

Instructions to kill, ‘I am the resurrection’

“Approximately twenty (20) minutes later, Dr Smith told the now deceased Kevaughn Palmer that whoever was in front of the wine, he (Palmer) should cut that person’s throat so that they can enter into the kingdom.

“… Smith instructed the now deceased Kevaughn Palmer to cut the throat of Witness A and other persons. Witness A said he went to the ‘safe side’.

“Dr Smith told Witness B that in order for him to enter into the kingdom, the now-deceased Kevaughn Palmer would have to cut his throat.

“Witness B knelt down in front of Smith and handed the knife to the now-deceased Kevaughn Palmer. Witness B subsequently ran outside along with another person,” the release outlined.

Further allegations are that Palmer chased Witness B and the other person, and stabbed them in their backs.

At this juncture, the other members of the church laid down on the ground and covered themselves, at which point Smith began destroying the glass on the altar, the windows, among other items.

One of the now deceased, Michael Brown, who was a member of the church at the time of his demise, suffered from a health issue, which resulted in tubes being attached to his body.

Smith reportedly told Brown: “You have to die, but you will rise again because I am the resurrection and the light”.

According to the DPP’s allegations, “Thereafter, Smith pulled the tubes from Brown who then bled to death. Smith told Witness A and the accused Andre Ruddock to leave Brown to die.”

While some of the members were gathered outside the church, they chanted, “Yeshua, Yeshua!”.

The pastor reportedly asked, “A who dat?” Thereafter, he began calling the names of persons from a list that he had in his hand.

The persons whose names were called were allowed to enter the church building, according to the DPP.

Smith asked her, “Is your blood clean?” while also inquiring about a particular health issue from which she was suffering.

The clergyman asked Gardener, “Do you believe that I am the resurrection and the life?”

Smith then asked her, “Do you believe I can raise you from the dead?”

According to the release, Smith told her, “Your blood have [sic] to be cleansed. I will have to cut your throat”, and Gardener said, “Yes.”

Smith then instructed Witness A to cut her throat, but he refused.

Ruddock, however, walked to where Gardener was located.

“It is said that the deceased Tanika Gardener did not make a sound or scream, but Witness B heard a gurgling sound. Witness B indicates that Dr Smith told the accused Andre Ruddock to ‘cut Ms Gardener’s head right off, she is a goat, she has to die, she is a sacrifice’. The accused did not cut off Ms Gardener’s head,” the release said.

Police subsequently stormed the church premises and after this, shots were reportedly fired from inside the building.

“When the firing of the shots ceased, and the police were able to enter the church, the bodies of three deceased persons were discovered; Tanika Gardener, Michael Brown and Kevaughn Palmer,” wrote the DPP.

Those members of the church who were at the scene were all escorted to the scene.

Ruddock gave a caution statement in the presence of two Justices of the Peace (JPs) for the parish of St James, a day after the incident. He was eventually transported to Kingston, where he was charged with murder.

Smith died in a motor vehicle crash on Monday, October 25, before he was charged.