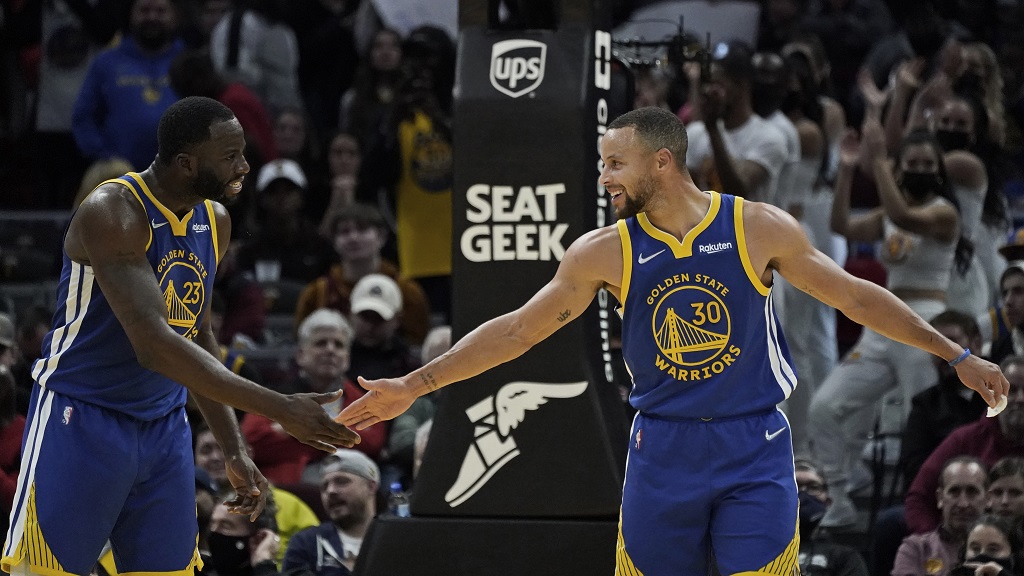 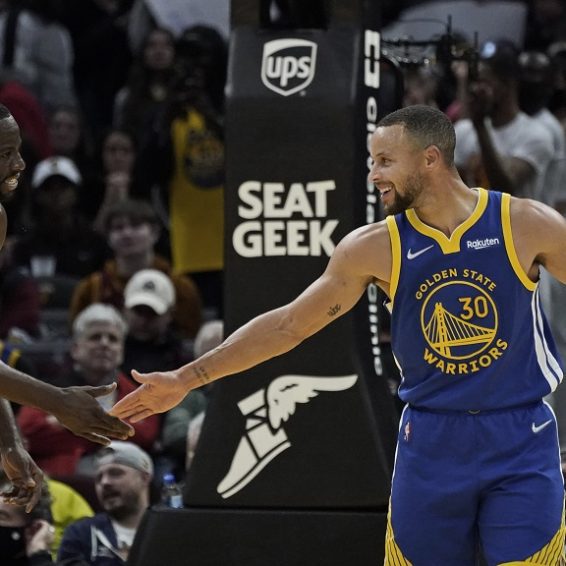 Curry made 8 of 12 shots, including 4 of 7 3-pointers, in the final period to help Golden State outscore the Cavaliers 36-8. The Warriors ran off the first 17 points of the quarter to seize an 85-81 advantage, holding Cleveland to 12 consecutive empty possessions.

Nemanja Bjelica added 14 points, Andrew Wiggins had 12 points and Draymond Green had four points and 14 rebounds for Golden State. The Warriors improved to 13-2. They have won nine straight over the Cavaliers and are 17-1 against them since January 2017.

Darius Garland scored a season-high 25 points as the injury-plagued Cavaliers dropped to 9-8. They took an 81-68 lead into the fourth after Dean Wade batted in a layup as time expired in the third.

Philadelphia 76ers guard Tyrese Maxey, left, pulls in a rebound as forward Georges Niang looks on in the second half of an NBA basketball game against the Denver Nuggets, Thursday, Nov. 18, 2021, in Denver. (AP Photo/David Zalubowski).

Playing without Joel Embiid and three other regulars, the 76ers held Nikola Jokic to three points in the second half on a night when enraged Nuggets coach Michael Malone was ejected and had to be restrained by Jokic after charging onto the court as the Philadelphia took control in the third quarter.

Jokic had 30 points, 10 rebounds and seven assists before leaving the court for the locker room late in the fourth quarter. Will Barton returned from a back injury to finish with 19 points, nine rebounds and eight assists for Denver.

The teams will meet again Saturday night in Washington.

Butler shot 11 of 19 from the field and made all 10 of his free throws in his second consecutive outing over 30 points. Bam Adebayo added 20 points, Gabe Vincent had 18 points and P.J. Tucker 15. The Heat improved to 11-5.

Bradley Beal scored 30 points for Washington, and Kyle Kuzma added 19 points. The Wizards have lost two straight to drop to 10-5.

Gay also had five rebounds while playing just 18 minutes. He missed Utah’s first 14 games while recovering from offseason surgery on his right heel.

LET’S TALK: Should Jamaica follow Barbados and get rid of the Queen? | Loop Jamaica

Dillon Brooks and Jaren Jackson Jr. added 18 points each, and Desmond Bane had 16. Brandon Clarke finished with 14 points, 10 of them in the fourth quarter.

D’Angelo Russell added 22 points, and Malik Beasley hit five of Minnesota’s season-high 21 3-pointers for all 15 of his points.

Devin Vassell scored 18 points for San Antonio. The Spurs have lost four in a row.