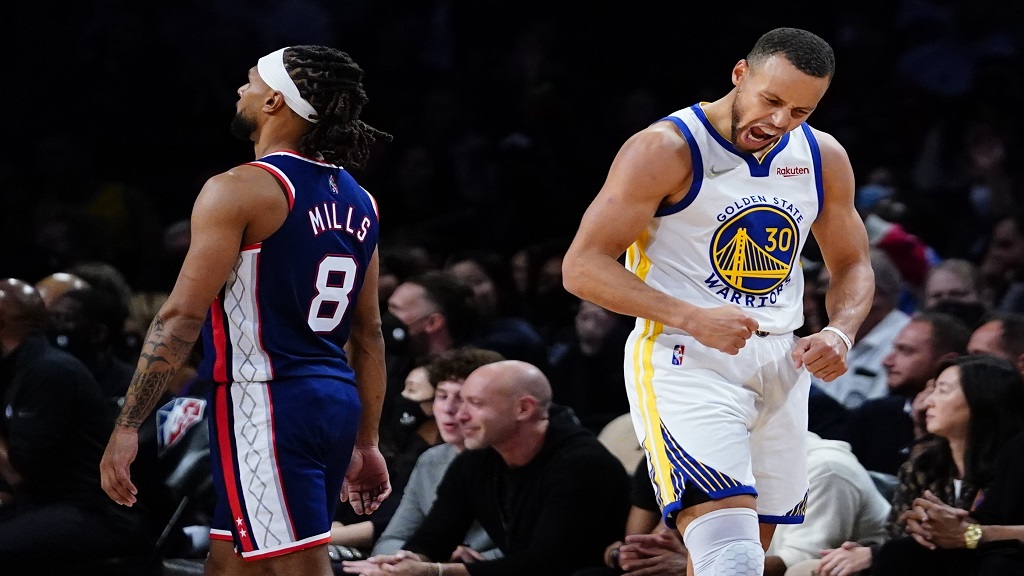 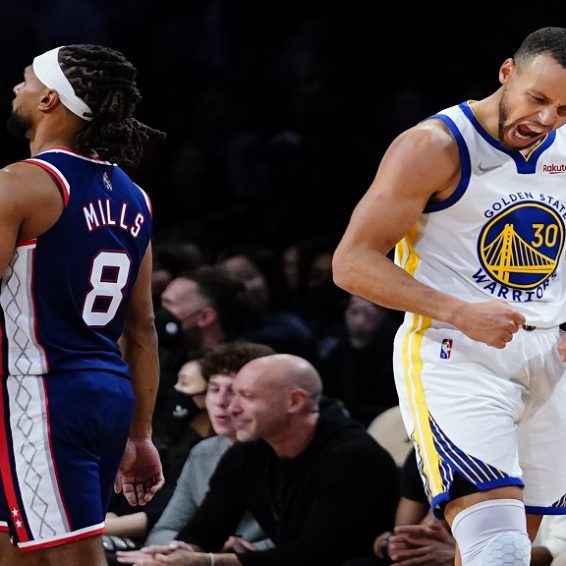 Stephen Curry had 37 points, easily winning matchup of the NBA’s top two scorers when Kevin Durant had his worst night of the season, and the Golden State Warriors beat the Brooklyn Nets 117-99 in the NBA on Tuesday.

Durant came in leading the league with 29.6 points per game, but he managed only 19, the first time all season he didn’t hit 20. He shot 0 for 8 in the decisive third quarter and finished 6 for 19 after sitting the fourth.

Curry almost caught his former teammate for the NBA scoring lead, making nine 3-pointers and raising his average to 28.7 per game. Durant dropped to 28.9.

Curry was 12 for 19 overall, with fans loudly cheering his long shots and giving him “MVP! MVP!” chants while Durant and the home team misfired.

Andrew Wiggins added 19 points for the Warriors, who bounced back from a loss in Charlotte that stopped a seven-game winning streak and improved their NBA-best record to 12-2.

Reggie Jackson overcame a poor start and finished with 21 points to help the Clippers bounce back after their seven-game winning streak ended on Sunday.

The Jazz had lost four of five games and needed their traditionally tough defense to return. Against this version of the 76ers, it wasn’t clear how much of it had to do with Utah’s guarding prowess or Philadelphia’s ineptitude.

The 76ers shot 37% and only grabbed six offensive rebounds off all those misses. That allowed the Jazz to get into their sets early and produce easy looks.

Shake Milton scored 18 and Tyrese Maxey added 16 for the 76ers, who have lost five straight games for the first time since December 2017.