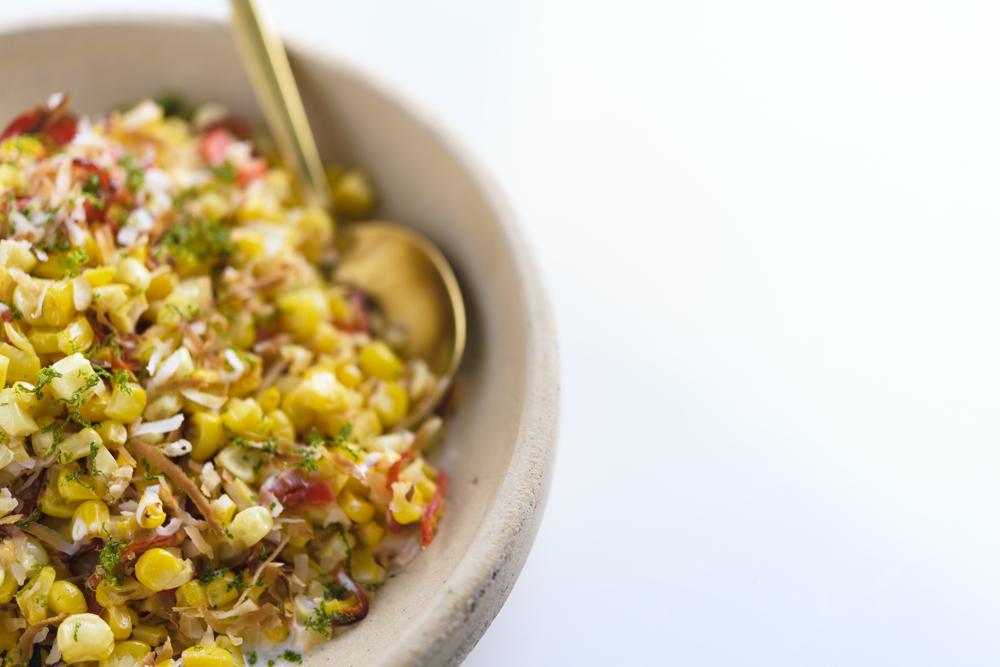 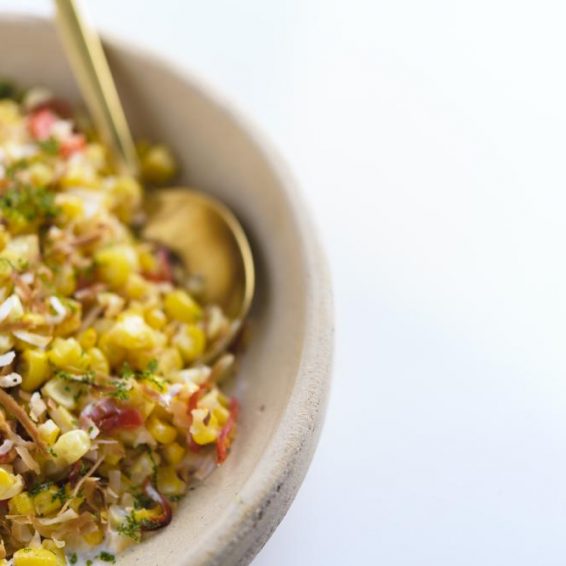 Burnt food is every cook’s nightmare, but you shouldn’t be afraid of a good char.

It’s a fine line, but charring sweeter vegetables such as corn or sweet potatoes build flavour by introducing a bit of bitterness that balances their natural sugars.

To illustrate the point in this recipe from COOKish, which limits recipes to just six ingredients without sacrificing flavour, charred corn plays a starring role in a delicious savoury-sweet side that’s perfect for potlucks or as a side to roasted or grilled meat.

Under the high heat of a broiler, the natural sugars and fat in the coconut milk speed the charring of the corn (be sure to use a broiler-safe baking sheet for this recipe).

The tasty darkened bits lend complexity that keeps the dish from being too sweet.

Lime juice and zest provide two layers of brightness that pair naturally with the coconut. Whisked together they make an excellent finishing drizzle that’s bright, yet creamy.

If corn is in season, cut the kernels from freshly shucked ears; you’ll need three large or four medium ears.

Heat the broiler with a rack in the uppermost position. In a large bowl, stir together the corn, chillies, 1/3 cup coconut milk and 1 1/4 teaspoons salt. Spread evenly on a broiler-safe rimmed baking sheet; reserve the bowl. Broil until charred, 5 to 7 minutes. Sprinkle evenly with the coconut, then broil until deeply toasted, 10 to 20 seconds. Transfer to a serving dish. In the same bowl, whisk the remaining coconut milk, lime juice and 1/4 teaspoon salt, then drizzle over the corn. Sprinkle with the lime zest.