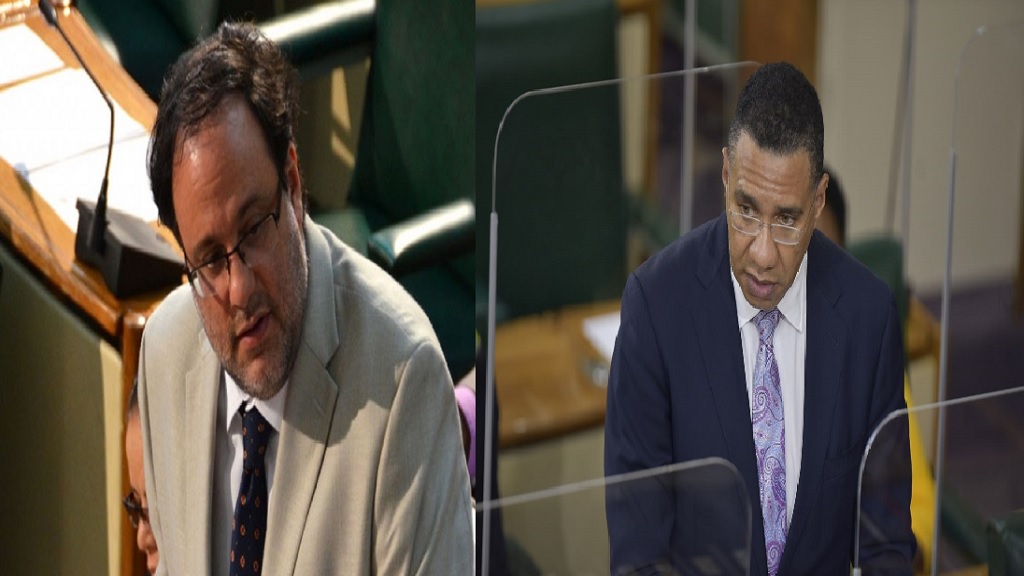 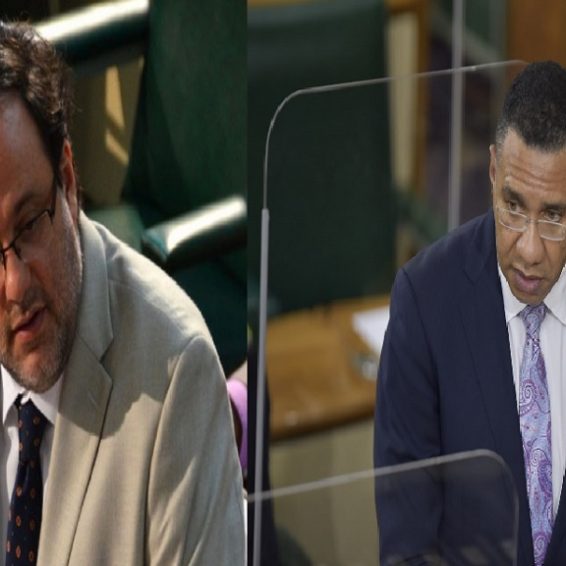 Opposition Leader Mark Golding used the private session of the 83rd annual conference of the People’s National Party (PNP) on Saturday to continue a war of words between him and Prime Minister Andrew Holness over whether Golding was invited to be part of the ongoing vaccination drive.

The war of words between the country’s political leaders comes as Jamaica continues to lag behind its CARICOM neighbouring countries on a per capita basis in terms of number of citizens who have been vaccinated against COVID-19. Regionally, only Haiti has vaccinated fewer people than Jamaica.

Golding, while responding to a Twitter user Friday night, said he was never asked to be part of the vaccination tours.

“The JLP Government are on a frolic of their own. No spirit of national unity from the PM. Just politricks,” tweeted Goldin.

Holness responded shortly before 6am Saturday with the contents of a letter which he said was sent to Golding on September 1. The letter informed Golding of the Government’s intention to hold a formal launch for the national vaccination programme, at which the Opposition leader would be invited to bring greetings.

“This would be a great symbol of national unity on the importance of vaccination. My office will be in touch to provide further details of the launch,” said Holness in the letter.

Golding acknowledged receipt of the letter, but said he never received a follow-up call from the prime minister.

“No call. No follow-up to bring greetings, and you didn’t inform me of a launch date nor of any blitz dates since then,” Golding declared.

Later on Saturday as he addressed the private session of the PNP’s annual conference, Golding insisted that he was excluded from the national vaccination programme.

“The PM (prime minister) wrote to me on the 1st of September saying that he wanted me to be a part of a national vaccination effort, and that his office would provide further details. However, those details have not been provided,” said Golding.

“The PM has effectively rolled out this campaign with a national road programme as a JLP (Jamaica Labour Party) campaign and I and the other Opposition MPs (Members of Parliament) have been excluded from that process,” Golding remarked.

He said his participation in the vaccination drive has been limited to the blitz he arranged in his own South St Andrew constituency, and on invitation from the neighbouring MP for South West St Andrew, Dr Angela Brown Burke.

The Opposition leader indicated that he remains open to participating in the national interest, and reiterated that his party strongly supports vaccination and encourages any citizen who is able, to be inoculated.

The PNP kicked off its 83rd conference at the studios of the Creative Production and Training Centre in Kingston. Delegates were invited to join via Zoom in keeping with COVID-19 protocols. It is the party’s first virtual conference in its 83-year history, and so far it has been technically smooth with comrades participating actively via the Zoom platform.

Acting Chairman Horace Dalley shared opening remarks and set the tone for the conference, which is being guided by the theme ‘PNP Strong!’

On Sunday, the private session of the conference was scheduled to end at 1 pm, with the public session set to get under way at 1:30 pm. That session was to be aired live on local television and the party’s YouTube and Facebook pages @PNPJamaica