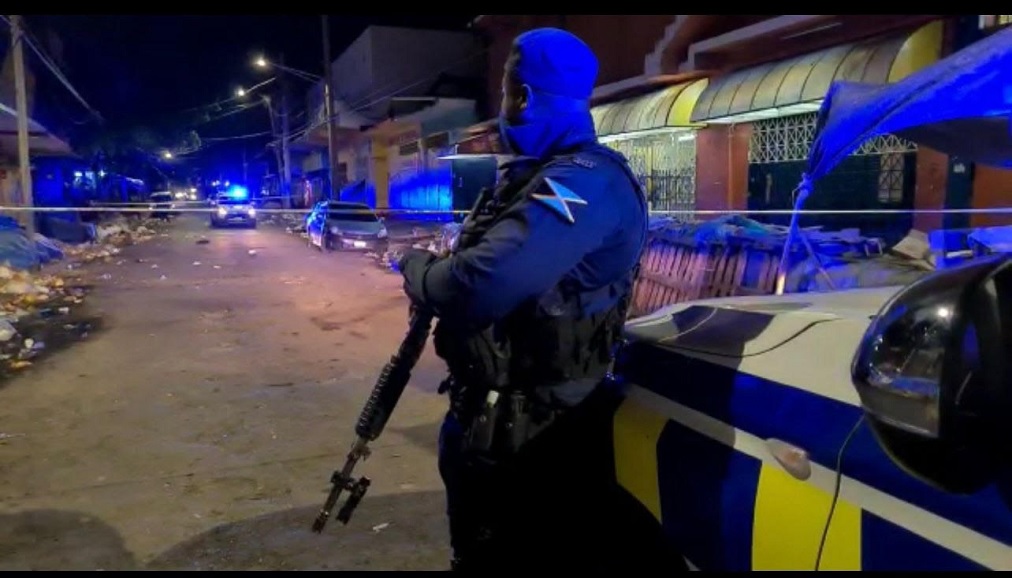 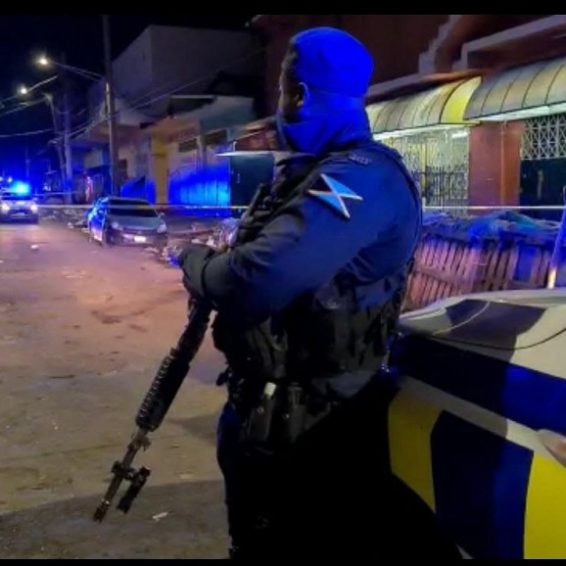 Cops at the scene where a gunman was shot dead on Princess Street, Kingston

An alleged gunman was shot and killed by a licensed firearm holder just minutes after he shot and injured an employee at a store in downtown Kingston on Friday.

One firearm was recovered, after the incident, the police have reported.

Reports are that at about 7:00 pm the armed man went into a business place on Princess Street and pulled a firearm and shot the female employee.

Sources report that after the attack the man was running from the area when he was greeted by the firearm holder.

A shootout reportedly ensued and the gunman was shot and killed.

The shooting sent members of the public who were doing business in that section of the commercial hub scampering for cover.