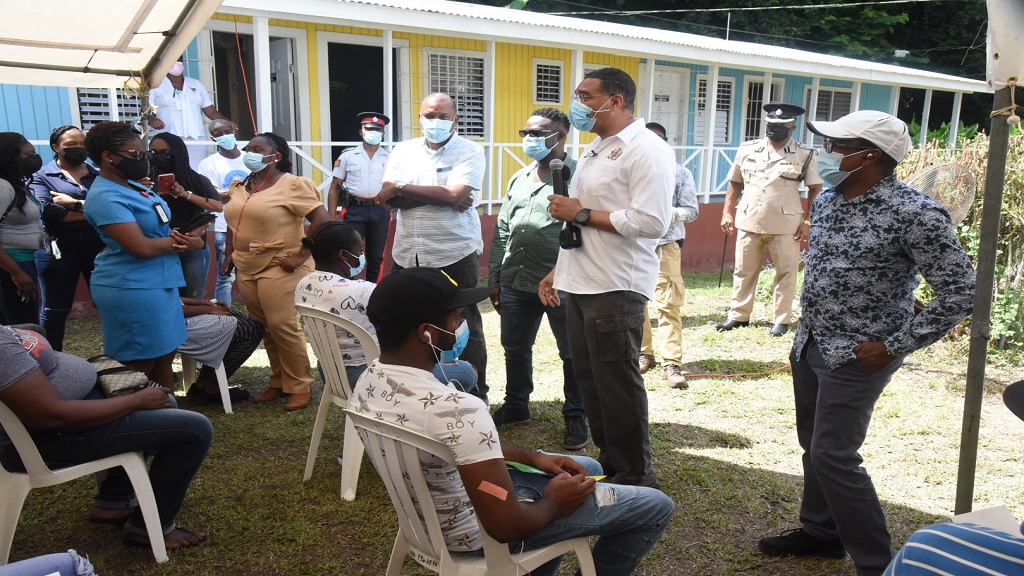 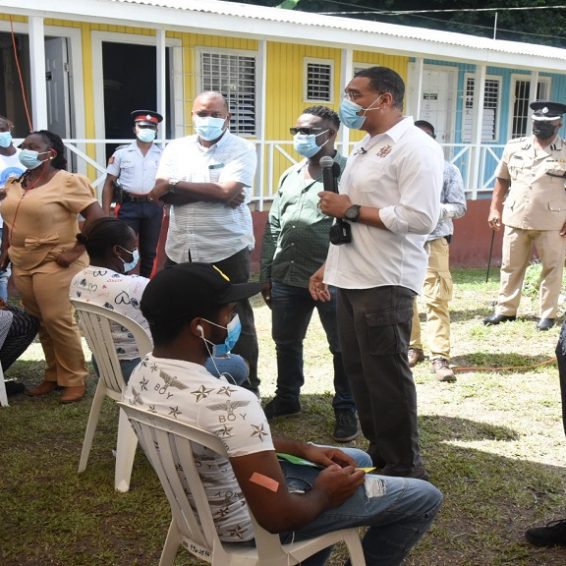 With some church leaders insisting that their congregants should refrain from taking the COVID-19 vaccines, Prime Minister Andrew Holness has urged the preachers to desist from engaging in that practice.

Holness said church leaders should instead respect the personal choices of individuals who wish to get inoculated with the life-saving drugs.

“I would appeal to those persons who hold religious objections (to taking the vaccines), not to seek to impose them on the people who you lead,” Holness suggested.

“It is all good and well to stand on your pulpit and preach, but don’t go further than that. Don’t stop persons or make persons feel that they would betray the faith if they decide to take the vaccines,” he added.

The prime minister aired his views on the matter of religious influence on the vaccination process during a COVID-19 vaccination tour in Northern Clarendon on Thursday.

Holness deemed it “unfair” for religious leaders to impose their own beliefs on churchgoers who may want to get vaccinated against the novel coronavirus.

“You can have your religious belief, but it is not fair to impose that religious belief on the people who you are preaching to, because we are seeing and getting reports of persons saying, ‘You know, if they take the vaccine they are betraying their pastor’,” he argued.

“… It should (instead) be a conversation that, ‘Here is the religious position’. Spirituality and being involved in a religious group always comes down to a personal choice,” Holness contended.

Further, he claimed that there are some clergymen and women who are “very jealous of their right to preach their doctrines and their perspectives”.

Among it all, the prime minister suggested that religious leaders should seek to preach messages that will, among other things, elevate their church members.

“If you are a leader and you mislead your flock, it is a greater sin on you for… misleading your flock, and I would encourage all leaders, especially those who stand on a religious platform, to ensure that they are genuinely and truly preaching a message that is going to elevate, uplift and give knowledge to your flock, so that your flock can survive,” he advised.