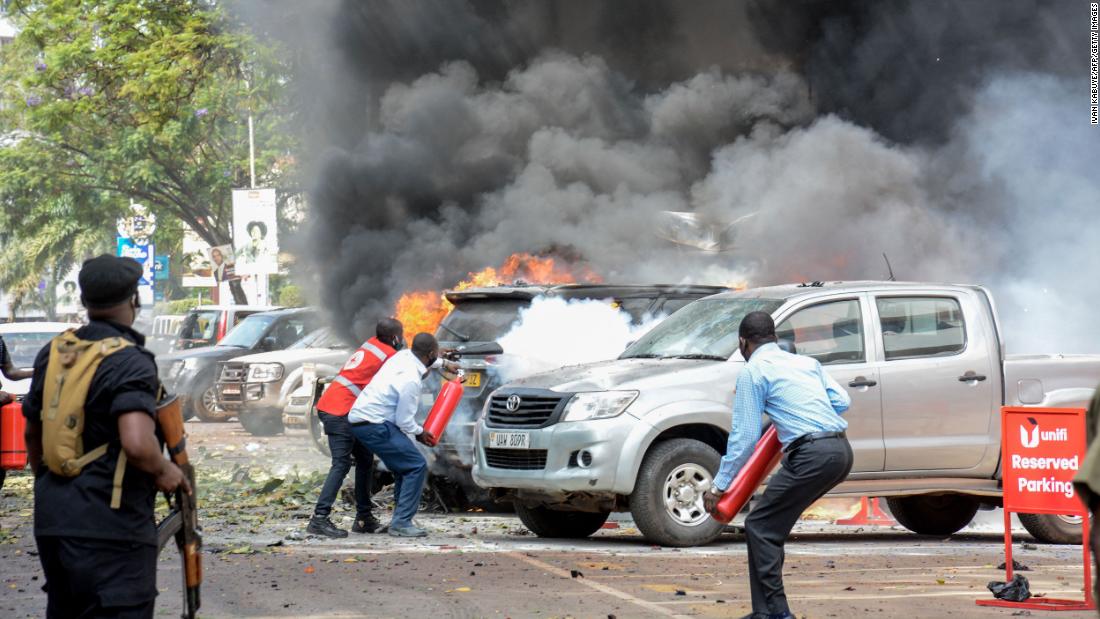 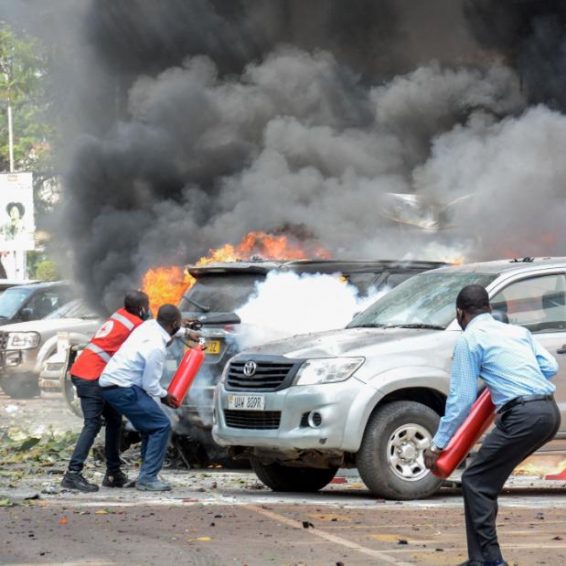 2 weeks ago·1 min read
ShareTweetPinShare
Home
World News
Islamic State claims responsibility for Uganda bombings
The content originally appeared on: CNN
Two civilians and a police officer were killed in the blasts, police spokesperson Fred Enanga told reporters at a news conference in the city.
The ISIS-affiliated Amaq News Agency reported the incident on its Telegram channel on Tuesday, saying three fighters set out with bags loaded with explosives. Two headed toward the Kampala Central Police Station, and the third to the parliament building, where they detonated, it reported.
Police said the attacks bore the hallmarks of the Allied Democratic Forces (ADF), an Islamist rebel group affiliated with ISIS.
In a statement on Tuesday, Ugandan President Yoweri Museveni raised the number of people injured from 33 to 36. He said three attackers died while detonating their bombs and seven were killed while resisting arrest. A total of 81 suspects have been arrested, Museveni said.
Read More
“Apart from hunting the terrorists, the country’s strategy of vigilance (alertness), is helping to minimize damage,” Museveni said.
“Therefore, the public should maintain vigilance of checking people at entry points to bus parks, hotels, churches, mosques, markets,” he added.
The two explosions rocked the city center within five minutes of each other. Police said surveillance footage showed an adult male carrying a backpack detonating himself at 10:03 a.m. local time near the Central Police Station. Enanga said the attacker died instantly.
Two people were confirmed dead at the scene of the first blast, while 17 others sustained critical injuries, Enanga said in a statement.
Three minutes after the first explosion, two suicide bombers on motorcycles were seen detonating themselves near Raja Chambers and Jubilee Insurance Building along the central Kampala Parliament Avenue, Enanga said. The two bombers died and the body of a civilian was also found at the site, he added.
Enanga said 33 people were injured in the two blasts; five of them are in critical condition. The wounded are being treated at the Mulago National Referral Hospital.
Police pursued a fourth bomber, Enanga said, adding that two further bombs were recovered from his home that will be detonated safely.
Following the bombings, police and army personnel cordoned off streets around the blast sites and restricted traffic in the city.
Last month, an explosion in Kampala killed at least one person and injured several others. Reuters reported that the Islamic State had claimed responsibility for that blast.