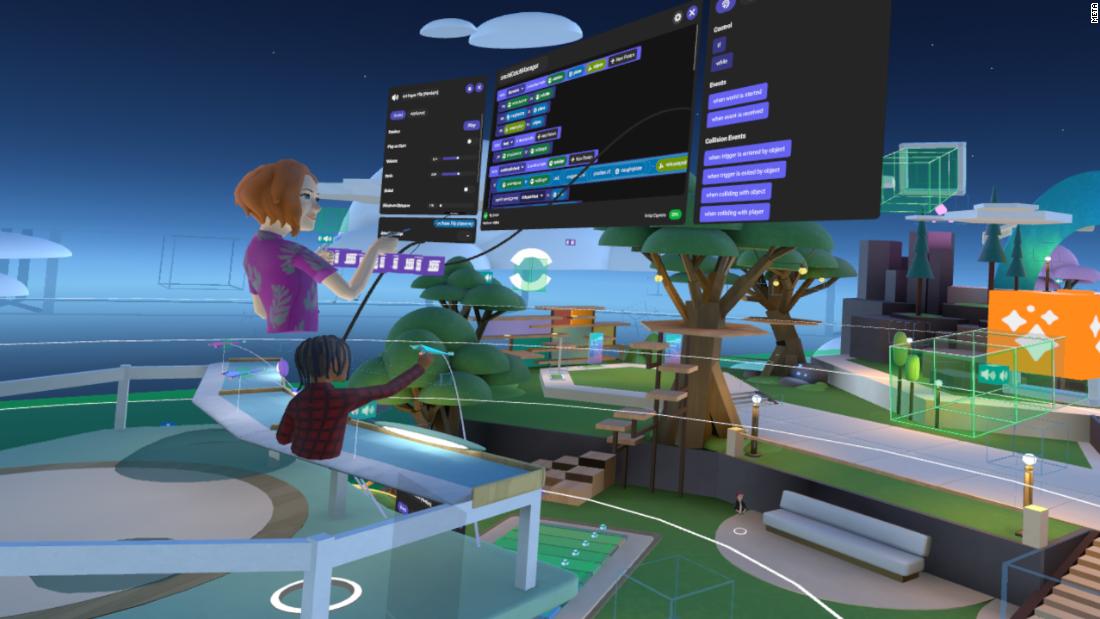 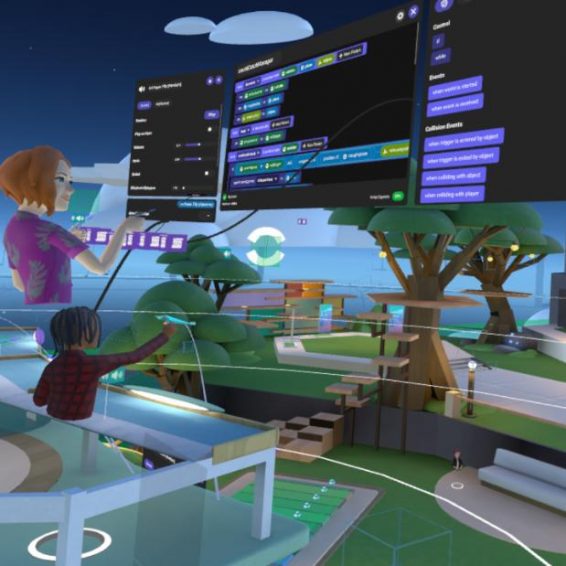 It’s not quite the metaverse, but Meta is launching its virtual world

2 months ago·3 min read
ShareTweetPinShare
Home
World News
It’s not quite the metaverse, but Meta is launching its virtual world
The content originally appeared on: CNN
The company formerly known as Facebook said Thursday that Horizon Worlds, a free app for socializing in VR that has been long in the making, is now open to anyone 18 and older with a Quest 2 headset in the United States and Canada.
Horizon Worlds is not a fully fleshed-out metaverse. That hard-to-define concept refers to efforts to build a wide-ranging virtual realm that people can walk around within, via digital avatars, and interact with others who are also there virtually. But the launch is one of the biggest efforts the company has undertaken to popularize VR — and virtual socializing — since its purchase of Oculus in 2014.
In Horizon Worlds, headset-wearing users can meet up with friends and new people, play games and create their own worlds. Users, who appear as heavily customizable but legless avatars, can move their actual fingers and hands to gesticulate in VR, and their avatars’ mouths appear to move in lifelike ways as they speak.
Meta gave CNN Business access to Horizon Worlds this week so I could try it, including during a guided demo on Wednesday. At first blush, it felt like a desolate combination of another social VR app, Rec Room, and the pioneering user-created virtual world Second Life. On Tuesday, for instance, I traveled to as many different “worlds” within the app as I could, searching fruitlessly for another virtual human. Eventually, I landed in what looked like an abandoned mall — a world called “Retro Zombies” — where I shot at zombies until one of them attacked me.
Read More
Attending a demo with a small group of people (Meta employees and another journalist) was more fun. We broke into teams to play a laser tag game, Arena Clash. I sucked at the game, but my teammates were quick to give me a virtual high-five to revive me every time I got knocked out. (Gaming is already a common VR use case. As more people access Horizon Worlds, they may come up with other things to do.)
Also of note: In hopes of keeping harassment in VR to a minimum, Horizon Worlds records the last few minutes of each user’s activity on a rolling basis, overwriting it over time. That footage will be included if a user submits a report of a negative interaction with others in the app.
With Horizon Worlds, Meta hopes to push VR from a niche technology, with uncertain use cases beyond gaming and entertainment, to a mass-market medium. Socializing in VR has long been a goal of many VR headset and app makers, but no company has yet succeeded at getting a massive number of consumers to both buy headsets and show up repeatedly in the ways we do with, say, social media sites on our smartphones.
To accomplish that, Meta must convince customers to purchase a Quest 2 headset, which starts at $299, and then frequently wear the device for reasonably long stretches of time.
The Horizon Worlds launch also comes as Meta doubles down on its VR efforts as part of a long-term bet on the metaverse. The company previously said it would break out Facebook Reality Labs — its division dedicated to augmented and virtual reality services — as a separate reporting segment from its social apps. Meta has also said it will hire 10,000 people in Europe to build out its concept for the metaverse. (And Meta isn’t the only one — Microsoft CEO Satya Nadella said earlier this year that the company wanted to build the “enterprise metaverse,” and games such as Roblox and Fortnite that operate their own virtual worlds have been touting versions of the metaverse for months.)
Facebook wants you to hold your next meeting in VR
Meta hopes that users will come to Horizon Worlds not just to hang out, but to build more places to play in VR. Meta said Horizon Worlds users have already built thousands of worlds within the app since a private beta test began last year.
Horizon Worlds is not the first time Meta and its subsidiary Oculus have tried to popularize social interaction via VR. The company launched virtual hangout apps Oculus Rooms and Facebook Spaces in 2016 and 2017, respectively, which let small groups of users gather in VR. The company shut down both VR apps in October 2019, however. It then announced a virtual social world, which at the time was called Facebook Horizon.
The release of Horizon Worlds follows a late-October announcement that Meta will roll out a more personal space for VR users, Horizon Home, and an August announcement of a more work-focused free app for the Quest 2 headset, Horizon Workrooms, which is meant for holding meetings in VR.