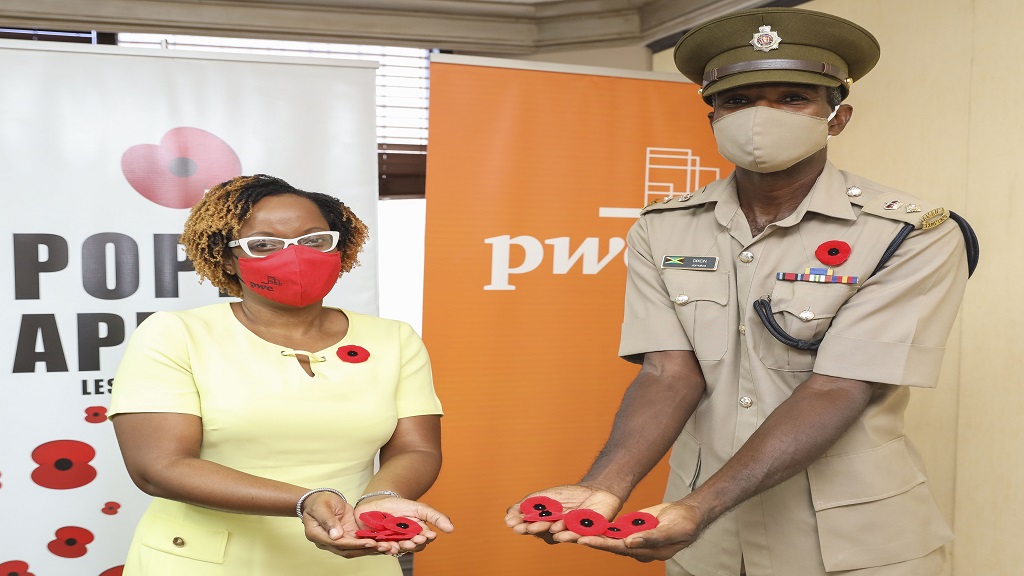 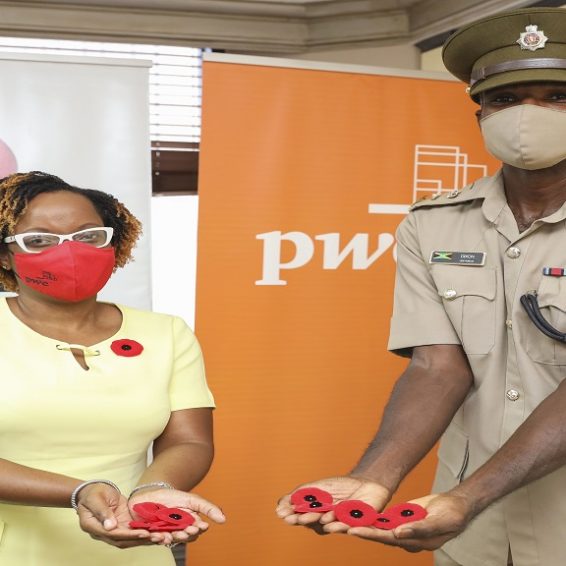 “We are delighted that even in this climate, we are able to lend a hand to such a tremendous organisation such as the Jamaica Legion Poppy Appeal. The level of financial, social, physical and mental care that the Jamaica Legion delivers for our ex-servicemen and women is not only admirable but inspirational,” said Tricia-Ann Smith DaSilva, Partner, PwC Jamaica.

Spearheaded by the Poppy Appeal arm of the Jamaica Legion, the National Poppy Drive will officially close its campaign on Thursday, November 11, with hopes of raising $15 million towards the care of Jamaica’s veterans.

The drive will culminate with the Vets for Vets Concert on Saturday, November 13.

According to Lieutenant Colonel Warrenton Dixon, Chairman of the Jamaica Legion Poppy Appeal (JLPA), the arrival of the COVID-19 pandemic has influenced the organisation to innovate.

“I took over chairmanship last year in the presence of this COVID-19 pandemic. Schools were out, where we normally distribute most of our poppies, so we innovated, and we implemented what we call Poppy Patrols,” said Lieutenant Colonel Dixon.

Poppy Patrols saw soldiers, who were dispersed across the island, distribute poppies in various town centres.

“We also did a simultaneous walkathon across multiple parishes, and we inaugurated a new concert called Veterans for Veterans. The concept being veterans of the music industry performing in concert as a basis against which we seek to raise funds on behalf of our military veterans.”

The Jamaican Legion was established in 1949 to look after veterans’ affairs in Jamaica. More specifically, at that time, for those soldiers who were returning from World War II.

A special infirmary was established in Newport, Manchester called the Curphey Home. It underwent renovations in 2017 and continues to house Jamaica’s indigent veterans.

However, the Jamaica Legion provides for more than the persons located at Curphey Home.