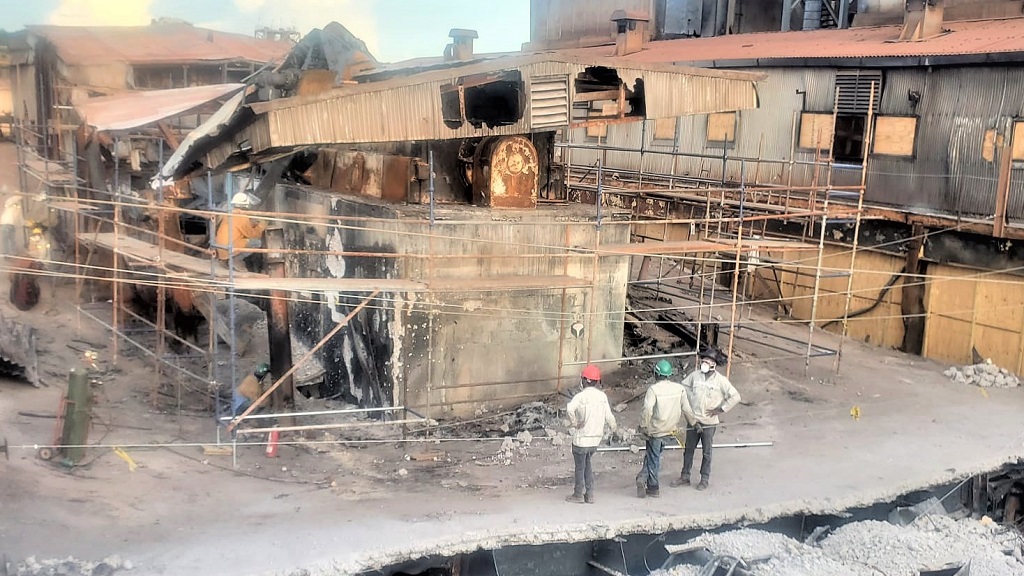 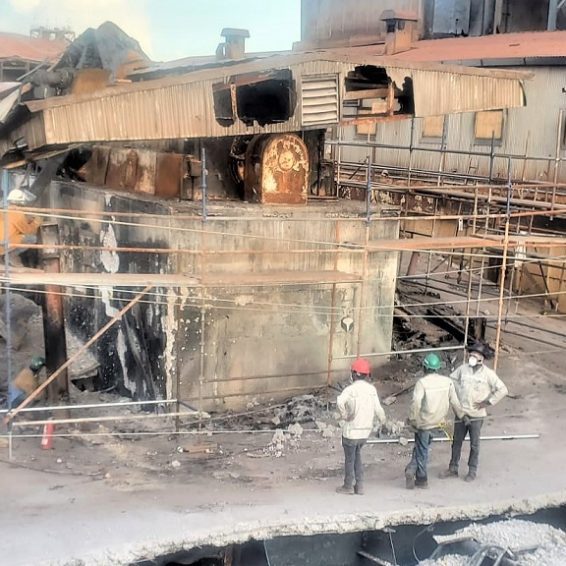 South American ref suspended after failing to give red card

If you didn’t know the ‘pot cova’ fish? This is what it looks like

Pelicans frolic as zookepers move them to winter enclosure

Photo shows the old 13.8 KV Room in the Jamalco Powerhouse, it also shows the damaged electrical cabinets with Turbine #1 being demolished.

Work to implement the first phase of a project to restart Jamalco’s operation is moving steadily, following a fire in August.

The fire affected some 50 per cent of the powerhouse that supplies power, steam and compressed air to Jamalco’s refinery operations. The refinery’s losses are estimated at US$500,000 per day.

Alumina production at the facility is expected to recommence during the second quarter of 2021.

Jamalco’s partners, Clarendon Alumina Production (CAP) and Noble Group expressed delight at the progress made so far to restore operations.

Chairman of Clarendon Alumina Production (CAP) Norman Reid credited Jamalco’s employees for the pace at which the project to restore operations has progressed.

“I was delighted with the work done when I did the last walkthrough. We are also encouraged by the support that Jamalco is receiving from its business partners, including Jamaica Fire Brigade, National Environment and Planning Agency (NEPA) and the communities,” said Reid.

The CAP Chairman said the refurbished plant would reflect the sweat and tears of everyone involved in the restorative process.

“I think we are going to be more efficient,” he added.

Hinds also expressed relief that no one was injured, considering the magnitude of the fire.

South American ref suspended after failing to give red card

Thanks but no: UK queen turns down ‘Oldie of the Year’ title | Loop Jamaica

A 77-year-old retiree, Daphne Francis and a St Elizabeth businessman, Dwayne Powell have been announced as the grand prize winners of Scotiabank’s Activate Your Power promotion. Francis won a 2021 Mit

A former don testified that he changed his appearance by engaging in skin bleaching and growing his hair in order to hide from members of the St Catherine-based One Don faction of the Clansman gang.

The Constant Spring police have charged a 56-year-old woman with the murder of her brother, David Brown, 68, at Long Lane, St Andrew on Thursday, November 11.

Charged with murder is Desrine Stewart

Austria locks down the unvaccinated amid COVID-19 surge

Austria took what its leader called the “dramatic” step Monday of implementing a nationwide lockdown for unvaccinated people who haven’t recently had COVID-19, perhaps the most drastic of a string of