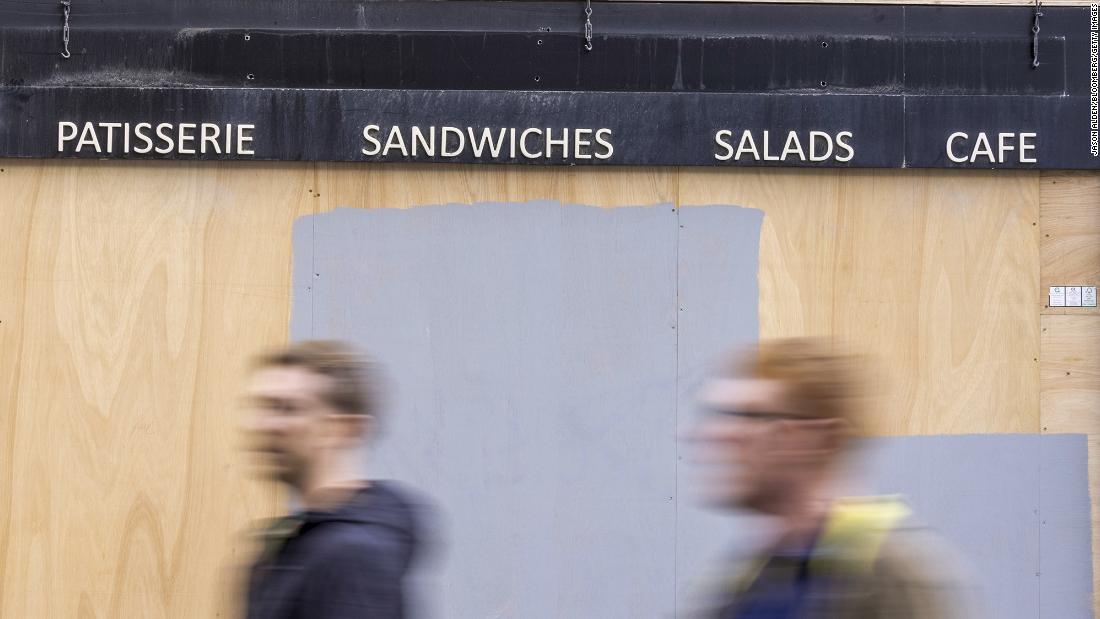 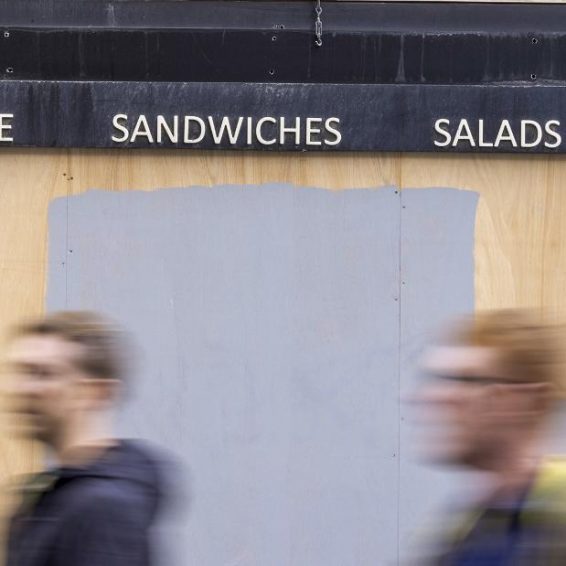 1 month ago·5 min read
ShareTweetPinShare
Home
World News
London bars and restaurants are shutting themselves down as Omicron rips through UK
The content originally appeared on: CNN

London (CNN Business)As the Omicronvariant sweeps through the United Kingdom, pushing daily coronavirus infections to their highest level on record, British businesses are shutting their doors again — but not because of government instructions.

Restaurants and other venues are instead deciding they have no choice but to close early for Christmas due to a flood of canceled reservations and concerns about the health of staffers.
Ferhat Dirik, the co-owner of east London’s Mangal 2 restaurant, said he decided to shut a week earlier than planned because of lost bookings and the “general uncertainty in the air.”
“It’s affecting staff morale, and it’s affecting us projecting any reasonable income that could justify this,” Dirik told CNN Business.
The closures are a new threat to the economy and a headache for government, nearly two years into the pandemic. They indicate that when cases are high enough, people are still willing to avoid going out, despite widespread pandemic fatigue. While the government has stopped short of restricting social activity, England’s Chief Medical Officer Chris Whitty has advised people not to mix with others unless absolutely necessary.
Read More
But unlike during previous Covid waves, state support for businesses has dwindled, leaving the hospitality industry in the lurch over a crucial period. The lobby group UKHospitality estimates that its members make a quarter of their annual profit over Christmas.
“So much rested on this December period for businesses already staggering under a burden of debt incurred from the pandemic and facing rising costs across the board,” Kate Nicholls, the head of UKHospitality, said in a statement. “If operators are unable to trade profitably over the next month, many will simply not survive.”

UK finance minister Rishi Sunak on Thursday cut short a trip to the United States because of the deteriorating situation back home.
“I understand the concerns of businesses at the moment given everything that’s going on. That’s why I’ve been in touch with hospitality industry leaders today, my team hosting roundtables and talking to them,” he told CNN’s Richard Quest. But Sunak offered no hint of support for the hospitality industry beyond existing measures such as reduced rates of sales and local business taxes.
“I think it’s important to recognize, as the prime minister said earlier today, that the situation is very different to what we’ve done and encountered before. The government is not telling people to cancel things. It’s not closing down businesses,” Sunak added.
The timing is making matters worse for everyone. People who had planned dinners or drinks out are now bailing because they don’t want to risk spending Christmas sick or in isolation, instead of with their families.
According to reservation data from OpenTable, UK bookings plunged 24% on Tuesday and 22% on Wednesday compared to 2019. Globally, bookings fell 18% and 15%, respectively.
Staff who work in hospitality are similarly concernedabout rising levels of infections among colleagues.
“The main reason was the team. We didn’t want anyone else to get sick,” said Bash Redford, the co-owner of south London’s Forza Wine.
He said that on Sunday evening, two people had coronavirus on his team of 31. By Wednesday morning, eight had contracted it — and Redford decided it was necessary to limit risks for the rest of the staff. Forza Wine announced it would close from Wednesday through Christmas.
Britain’s nightmare economy of the 1970s may be making a comeback
Restaurants aren’t the only ones facing a crunch. In a statement Thursday, the Society of London Theatre warned of a “challenging situation” across the country.
“While ticket sales remain strong for the Christmas period, show cancellations due to cast and crew illness — compounded by Covid-related audience refund and exchange requests — is creating an increasingly bleak outlook for venues over the next few crucial weeks,” the industry group said.
The United Kingdom reported an all-time high of 88,376 coronavirus cases on Thursday, as public health officials warn that cases of the Delta variant are “remaining relatively stable in number” while Omicron “is increasing very rapidly.” In London, it’s already the dominant strain.
So far, Prime Minister Boris Johnson has avoided rolling out moresevere restrictions, instead encouraging people to work from home when possible, mandating masks and requiring proof of vaccination or a negative Covid-19 test to enter clubs and large sporting events.
Johnson, whose party has just suffered a shock midterm election defeat, said Thursday that rather than “locking stuff down” the UK government is asking people to “be cautious” and “think about their activities in the run up to Christmas.”
But he faces criticism from the hospitality industry that this approach amounts to imposing a “lockdown by stealth” — this time without any financial support.
“It’s another massive hit on the industry by sending these mixed signals — by telling people not to dine out but also offering no assurances for businesses,” Mangal 2’s Dirik said.

Paul Donovan, chief economist at UBS Global Wealth Management, said this “voluntary collapse in entertainment and services” ahead of Christmas could have a major effect on the economic recovery, which was already stallingas inflation surges. The United Kingdom’s gross domestic product grew by just 0.1% in October, with output still 0.5% below its pre-pandemic level.
“There is no government assistance this time, so there is an impact,” Donovan said.
One big question in the near term is whether restaurants that decide to shut earlier than planned will still pay staff. If not, workers will “suddenly get an income drop,” Donovan said.
Mangal 2 is still “looking at the options” as it weighs “what’s morally right as well as financially viable.” Redford said Forza Wine’s staff will be paid this month, and there’s enough cash on hand to ensure they’ll also be paid in January and February. After that, though, the outlook gets murky.
Ultimately, the magnitude of the economic hit will depend in large part on how long people focus their spending at home instead of on activities such as dining out, Donovan said. That will depend both on the steps the government takes and the course of the virus.
The good news, he said, is that businesses have gone through this before, and have processes for selling food to-go and delivering meal kits. If they need to go this route again, restaurants and pubs will have lower set-upcosts.
But for now — with coronavirus cases skyrocketing, and another holiday season spoiled by the pandemic — the mood is grim.
“People are really scared,” said Redford, who had been planning to open two new locations in 2022. “Like really, really scared.”
— Wal? Azeez contributed reporting.