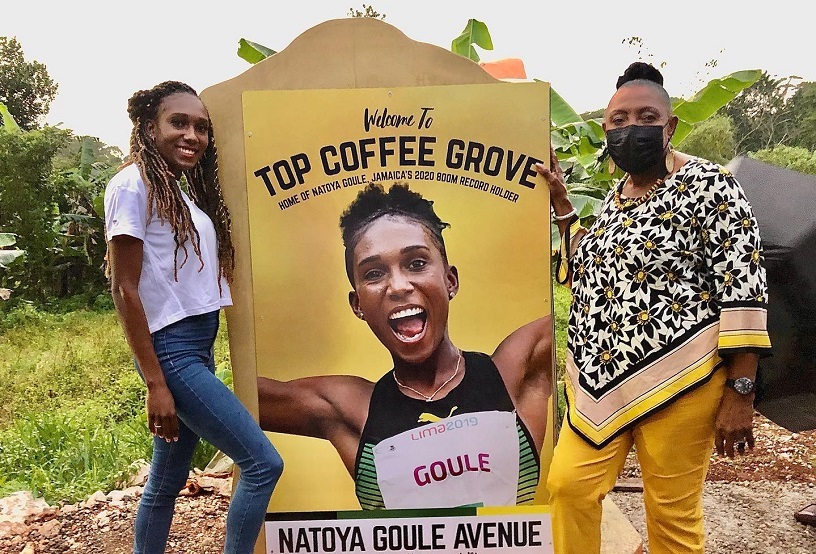 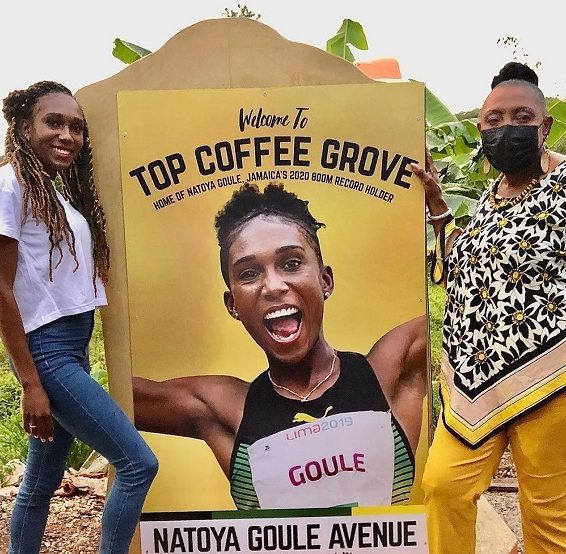 Resumption of face-to-face classes up for review

Natoya Goule and Sports Minister Olivia ‘Babsy’ Grange in Goule’s community of Top Coffee Grove, Manchester where a road was named for the middle-distance runner.

Jamaica’s Olympian and middle-distance queen Natoya Goule said she is delighted to have a road named in her honour in her community of To Coffee Grove in Manchester.

“I am feeling extremely happy and proud because it is a great honour and knowing that councillor Mario Mitchell did such a wonderful job in getting everything to happen. I am extremely delighted. It’s all smiles from me,” Goule told Loop News.

The official naming of the road, Natoya Goule Avenue, which was formerly known as Pond Road, took place on October 15.

“I have never really asked that question about how it [Pond Road] came about. But it has always been there and now I can say it has been renamed in my honour,” Goule said.

The 30-year-old national 800m record holder was 8th at the 2021 Olympic Games final and was sixth in the 2019 World Championship.

Goule represented Manchester High, South Plains College, Louisiana State University and Clemson University with distinction and is currently ranked fourth in the world in the 800m with a time of 1:56.44. Her personal best is1:56.15 minutes.

The road opening was attended by the Honourable Olivia Grange, Minister of Culture, Gender, Entertainment and Sports; PNP’s caretaker of Central Manchester Peter Bunting and Councillor Mario Mitchell of the Bellefield Division.

Resumption of face-to-face classes up for review

Opposition Leader and President of the People’s National Party (PNP), Mark Golding, has said the Government should consider offering incentives such as food packages to Jamaicans to boost the country’

An angry mob on Wednesday morning killed a man who was mistakenly identified as the suspect in the recent abduction of two girls in Bath, St Thomas.

The incident happened in Llandewey, St Thomas at

A GoFundMe campaign has been established to raise US$30,000 for legal fees for members of the Montego Bay-based Pathways International Restoration Church who were arrested following the death of three

The man, who has been identified as Levi Chambers, was mistakenl