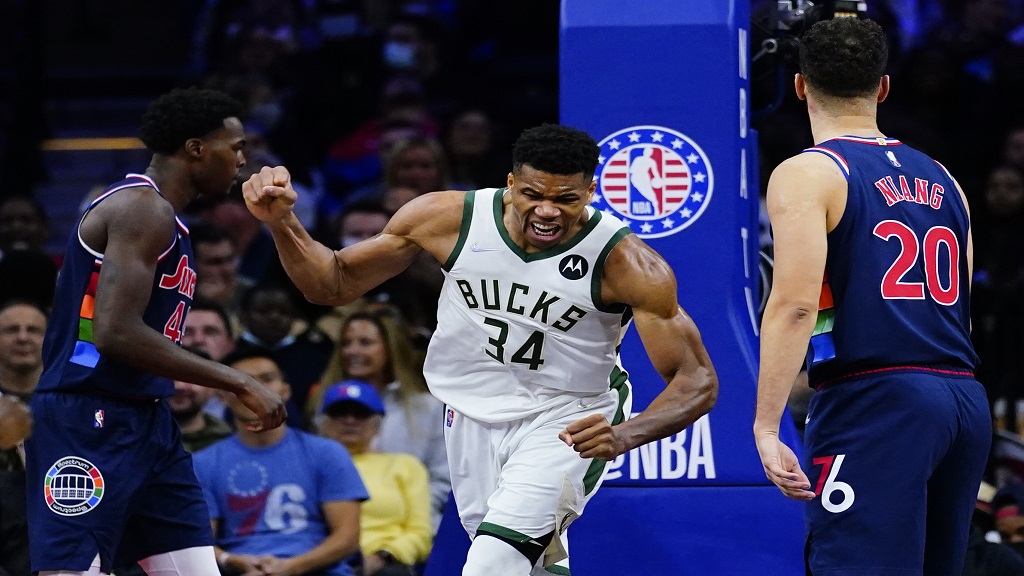 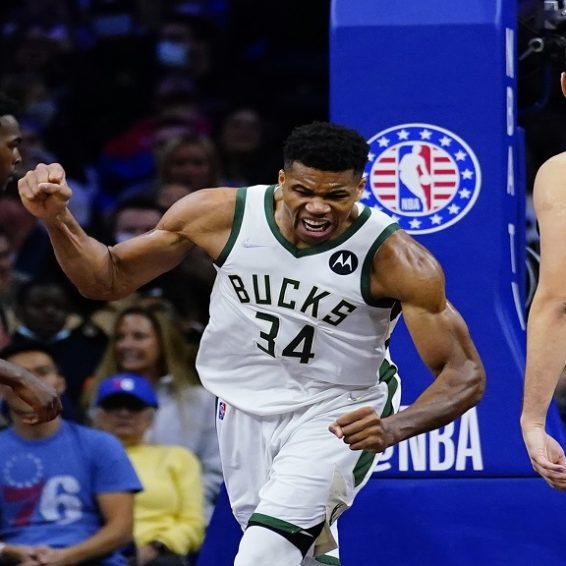 Giannis Antetokounmpo had 31 points and 16 rebounds, Grayson Allen scored 25 points and hit a key 3-pointer late in the fourth quarter, and the Milwaukee Bucks held off the short-handed Philadelphia 76ers 118-109 in the NBA on Tuesday night.

Bobby Portis added 19 points for the NBA champions, who played a day after celebrating the franchise’s first title in 50 years with a trip to visit President Joe Biden at the White House. The Bucks won for just the second time in the last seven.

Tyrese Maxey scored 31 points for the 76ers, who played without four-time All-Star Joel Embiid for the second straight game. Embiid was one of four 76ers out due to the NBA’s health and safety protocols, along with Tobias Harris, Matisse Thybulle and Isaiah Joe.

Bojan Bogdanovic and Jordan Clarkson added 16 points apiece for the Jazz. Rudy Gobert grabbed 14 rebounds. Utah shot 51% from the field to beat Atlanta for the second time in five days.

Kevin Huerter scored 28 points and Trae Young added 27 for the Hawks. Cam Reddish had 16 points, while Clint Capela finished with 13 points and 12 rebounds. Atlanta lost despite shooting 51% from 3-point range.

The Jazz scored baskets on seven straight possessions at one point in the second quarter and shot 12 of 18 from the field during the period to break open a close game.

Nicolas Batum added a season-high 22 points for the Clippers, who are 6-4 after losing four of their first five to start the season.

George, the reigning Western Conference player of the week, played only 33 minutes after getting into foul trouble midway through the third quarter. Despite the decreased playing time, he was near a triple-double with nine rebounds and seven assists.

Damian Lillard led Portland with 27 points and Norman Powell scored 23. Jusuf Nurkic had 15 points and 13 rebounds for the Trail Blazers, who are winless in their first five road games.