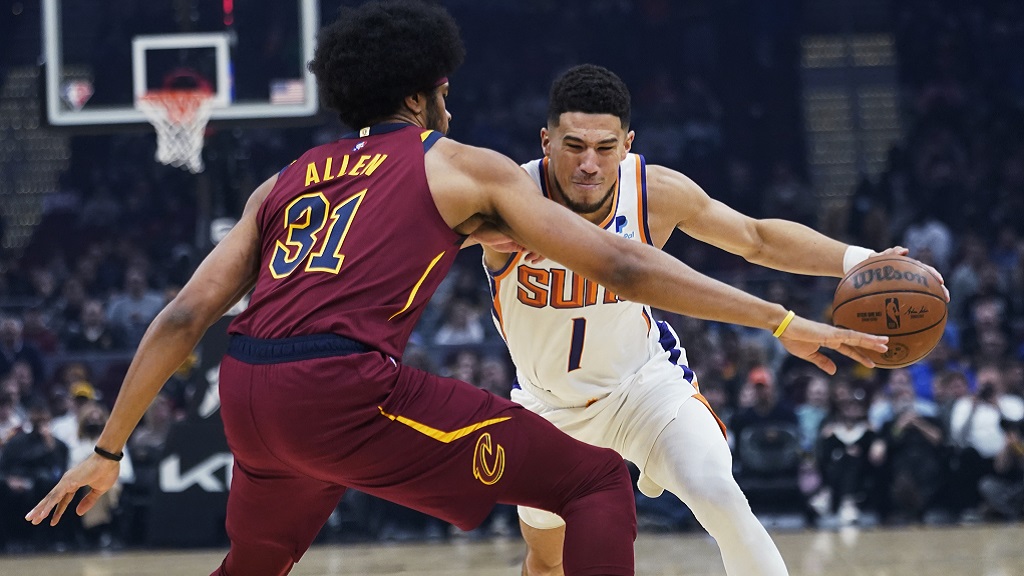 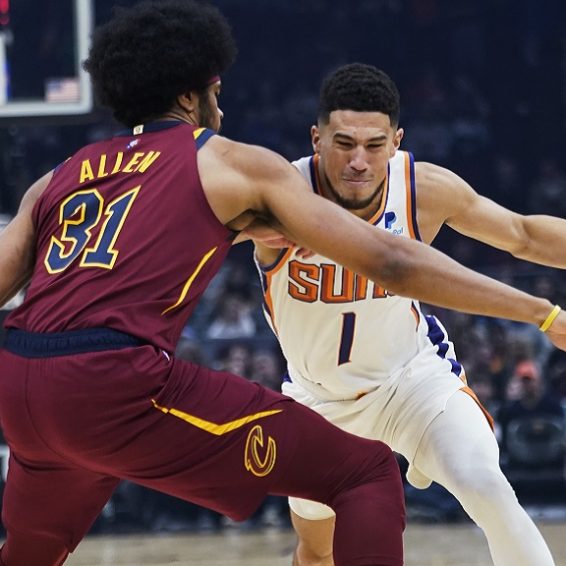 Devin Booker scored 35 points, Chris Paul had 12 assists and made four free throws in the final 8.8 seconds and the Phoenix Suns extended their winning streak to 14 games, holding off the Cleveland Cavaliers 120-115 in the NBA on Wednesday night.

Phoenix’s run started with a victory over Cleveland on October 30, coming after a 1-3 opening for the defending Western Conference champions. The Suns have been perfect since and improved the NBA’s best road record to 7-1.

Paul finished with 17 points, and JaVale McGee added 13 points and 12 rebounds in 20 minutes off the bench.

Phoenix’s winning streak is the third-longest in club history, matching a 14-gamer by the club in 1992. The Suns won 17 straight during the 2006-07 season.

The young Cavs gave the Suns everything they could handle, and if not for Paul, a couple calls that could have gone either way and Cleveland’s Ricky Rubio missing three free throws in the final seconds, the streak might have ended.

Jarrett Allen had 25 points and 11 rebounds, and Cedi Osman added 23 points for Cleveland. The Cavs have lost five in a row.

INDIANAPOLIS (AP) — LeBron James made the tiebreaking 3-pointer in overtime and followed with a back-breaking three in his return from the first suspension of his career to help Los Angeles Lakers beat Indiana Pacers.

James finished with 39 points on 13-of-29 shooting and had six assists and five rebounds, with the Lakers playing without Anthony Davis because of flu-like symptoms.

On Sunday night in a victory at Detroit, James was ejected from for striking Pistons centre Isaiah Stewart in the face and drawing blood. The NBA suspended him a game and he sat out the Lakers’ loss at New York on Tuesday night.

Juan Toscano-Anderson came up big off the bench in the second half, scoring all of his 13 points after the break to go with six rebounds and six assists.

Patty Mills added 23 points, and James Harden had 20 points and 11 assists for Brooklyn, which have won four in a row, seven out of eight and 12 of their last 14 games. LaMarcus Aldridge had 17 points and nine rebounds.

Marcus Smart had 20 points and eight assists for Boston.

Milwaukee have won 12 in a row against Detroit, dating to 2018. That is tied for the third-longest current winning streak by one NBA team over another.

Jrue Holiday added 22 points for the Bucks. Trey Lyles had 19 points and seven rebounds for Detroit.

Mitchell had a rough shooting night before the final surge, hitting just four of his first 14 shots. He finished with 13 points.

MINNEAPOLIS (AP) — Anthony Edwards had 33 points and 14 rebounds and led Minnesota’s 3-point spree in the second half, as the Timberwolves beat Jimmy Butler and Miami Heat for their fifth straight victory.

Malik Beasley scored a season-high 29 points off the bench and D’Angelo Russell added 20 for the Timberwolves, who launched a franchise-record 55 attempts from behind the arc and made 18.

Bam Adebayo led the Heat with 18 points, and Butler had a quiet 16 points, eight rebounds and five assists against his former team while booed often by the most engaged crowd of the season at Target Center.

Bogdan Bogdanovic had 18 points and John Collins added 15 in helping Atlanta to just their second road win this season. Clint Capela finished with 11 points and 13 rebounds.

Bryn Forbes had a season-high 23 points for San Antonio.

Kelly Oubre Jr. had 21 points and six rebounds of the bench. The Hornets won for the seventh time in eight games.

Mo Bamba had 18 points and 12 rebounds for Orlando.

Josh Hart highlighted his 16-point performance with a running half-court bank shot as he was fouled in the final second of the third quarter.

Buddy Hield added 22 points in 30 minutes off the bench and Davion Mitchell added 16 points to give the Kings their first win under interim coach Alvin Gentry. Gentry took over after Luke Walton was fired Sunday.

Damian Lillard had 32 points and 10 assists for Portland.