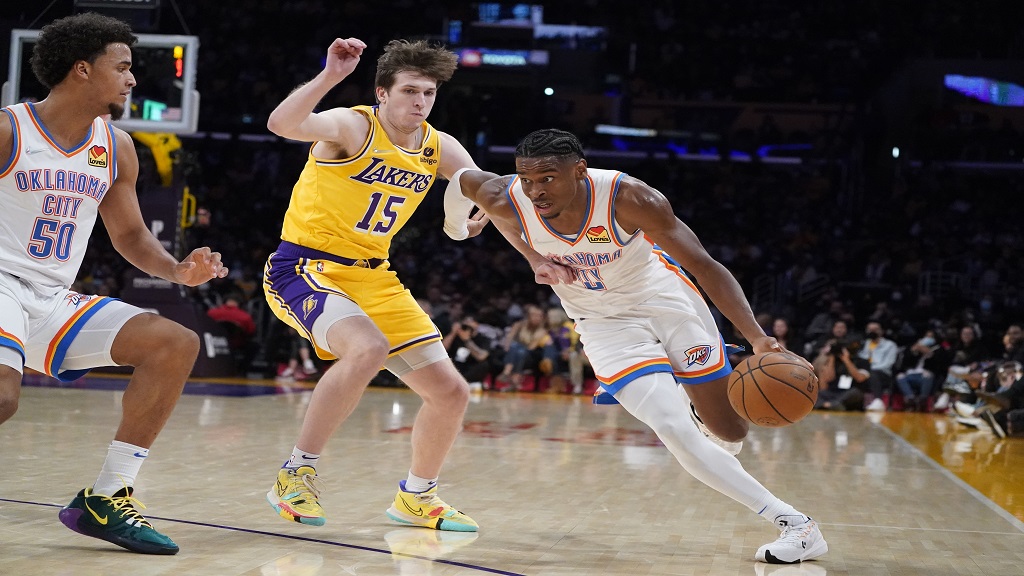 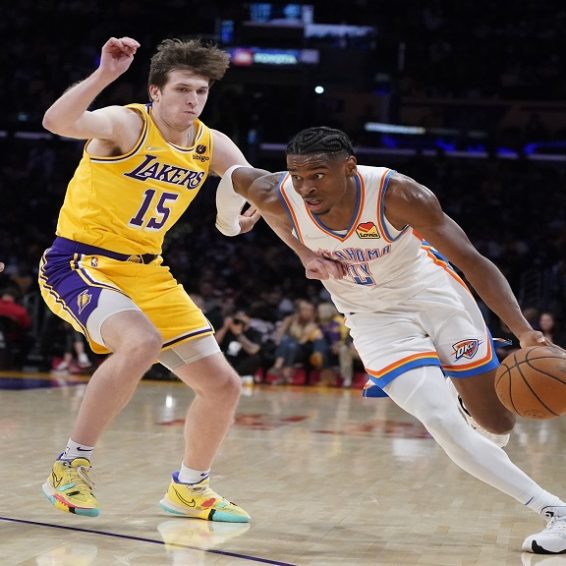 Shai Gilgeous-Alexander scored 11 of his 28 points in the fourth quarter, and the Oklahoma City Thunder rallied from a 19-point deficit to beat the Los Angeles Lakers for the second time in the NBA this season, 107-104 on Thursday night.

Kenrich Williams scored nine of his 13 points in the final period for the Thunder, who haven’t beaten anybody in their eight games this season except the vaunted Lakers — both times while rallying from enormous deficits, and both times with LeBron James sidelined. James sat out the rematch with an abdominal strain.

Anthony Davis had 29 points and 18 rebounds despite spraining his right thumb near halftime for the Lakers, whose three-game winning streak ended with just their second loss in seven games. Carmelo Anthony had another big game off the bench, scoring 21 points with five 3-pointers — including two in the final minute while LA’s rally fell short.

“We shouldn’t have lost this one,” Anthony said. “It didn’t come down to LeBron not being here. … We’re OK, but it hurts to lose to the same team twice within a week in the same way, the same fashion. That’s something we’ve got to take upon ourselves and hold ourselves accountable.”

Russell Westbrook scored 27 points for the Lakers, but the veteran guard made a comical turnover against his former team with 21 seconds left and a chance to tie the game.

After rallying from a 26-point deficit last week in Oklahoma City, the Thunder came all the way back again at Staples Center before surviving a tough fourth quarter.

Oklahoma City took their first lead of the night on Williams’ driving dunk with 5:27 to play during a 12-0 run. Davis’ jumper put the Lakers back ahead with 2:23 remaining, but Williams hit a 3-pointer before Gilgeous-Alexander added his 29-footer right after crossing midcourt.

After Anthony hit a 3-pointer with 39 seconds left to trim Oklahoma City’s lead to two, Westbrook accidentally flung the ball into the seats while driving to the lane. After a shoving match broke out between the teams before the ensuing inbounds pass, Lu Dort got free for an uncontested dunk with 17 seconds left.

Anthony hit his fifth 3-pointer to trim the lead to 105-104, but Dort hit two free throws before Westbrook missed a 3-pointer that would have tied it.

Thunder: At Spurs on Sunday.
Lakers: At Trail Blazers on Saturday.