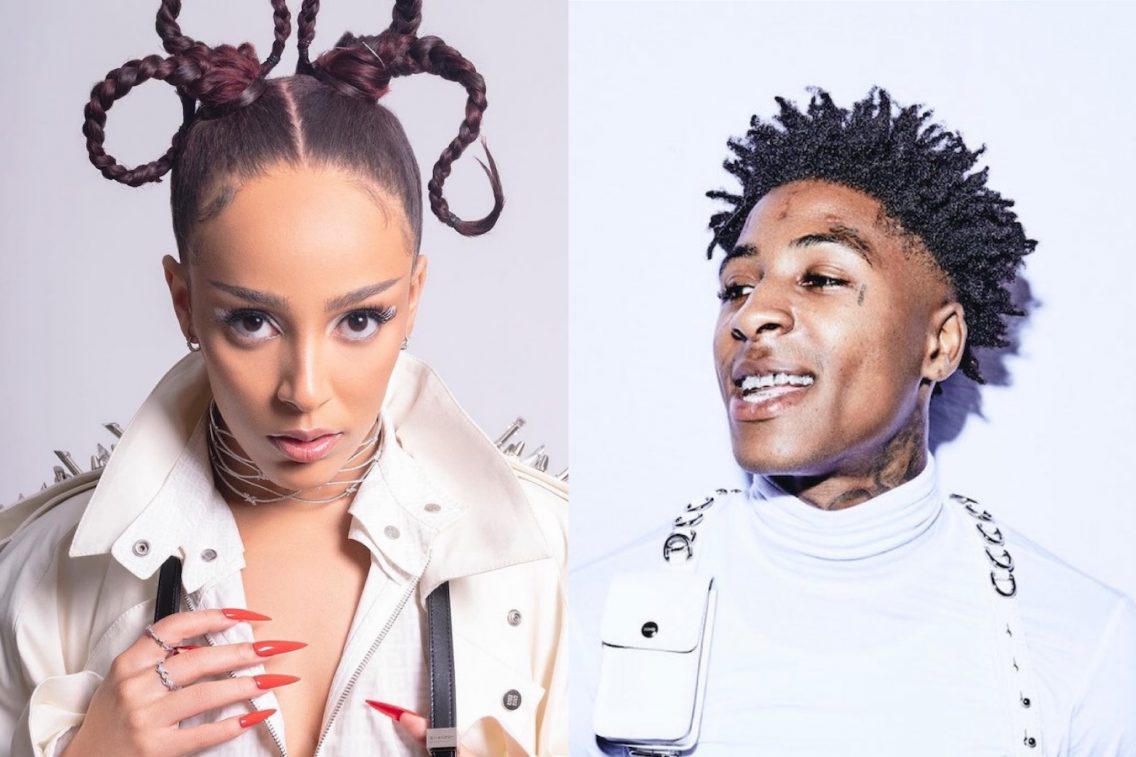 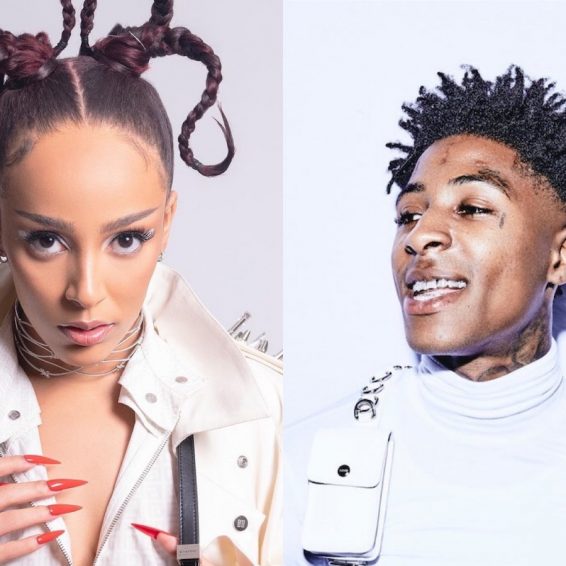 NBA YOungBoy says he would want to marry Doja Cat, but admits he can’t.

The Baton Rouge rapper revealed on Tuesday night while on a ClubHouse chat that he had a crush on Doja Cat, but he won’t be acting on it because he respects his girlfriend and family.

It’s the first time that NBA YoungBoy is speaking since being released from jail. He is still on house arrest, though, and is being allowed to make music from a home studio that was built as part of the conditions of his bail. The rapper is notorious for the number of children he has at 21. Several women have given birth to him within the same two-year timeframe. However, it seems that he is settling down finally.

Still, NBA YoungBoy, whose real name is Kentrell Gaulden, says he has a crush on Doja Cat.

While speaking about the Pop music scene and Doja Cat’s continued dominance, the chart-topping artist revealed that he would get romantically involved with her if he could.

“Boy, if I ain’t have a family, if I ain’t have a girl still, I would be tryin’ to marry Doja Cat,” said YoungBoy. “But nah, I got my little girl and her mama. So, I aint f*cking around like that.” Akademiks, who laughed at the disclosure, asked him about what intrigues him about Doja Cat, to which he responded – she’s “unique in her own way.”

Of course, Doja Cat has been called eccentric by others before, but it seems that her eccentricity has its own set of admirers. She has not responded to the commentary as yet.

However, Gaulden is notorious for the amount of children he has- seven that he has acknowledged and an eighth child he hasn’t.

YoungBoy Never Broke Again comments also revealed the answer to a curious guess- who was he with romantically? It seems that he is referring to his relationship with his girlfriend, Jazlyn Mychelle, who recently gave birth to a baby girl.

The 22-year-old rapper became a father once again as Yaya Mayweather, and Mychelle gave birth months apart. Mayweather, who gave the impression that Gaulden was in a relationship with him while he was in jail, has a son for him.

Earlier this year, NBA YoungBoy came under fire from talk show host Wendy Williams who criticized his lifestyle and the number of children he has at a young age.

“How do you do a hot pursuit? There are innocent people out here. You could’ve hurt innocent people in your hot pursuit and running through people’s backyards. Nobody wants that – bringing down the property values. And how is that you do what you do with seven kids at only 21 years old?”. Williams said as she had discussed his arrest in Los Angeles earlier this year.

However, the young rapper responded to Wendy, saying, “I can leave my kids millions of dollars to divide but can’t give them the time they truly deserve,” as he was in jail, clearly rethinking his life choices.

He added- “Nobody understand me they never did sh*t some times I don’t understand myself but that’s fine because I’m okay I ain’t looking for you to feel sorry I just ask for one thing – For you to let me suffer in peace tell MS. WENDY WILLIAM I say she got a good soul and she’s a beautiful women I can see that threw all the bad comments thrown at her tell her count her blessings (STAY IN GOOD SPIRIT) Sincerely Kentrell.”