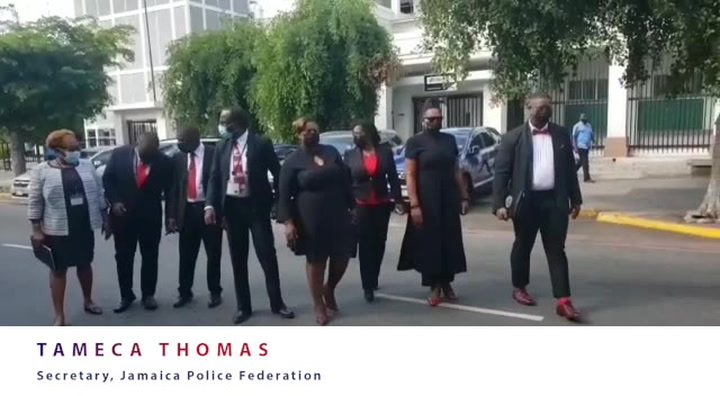 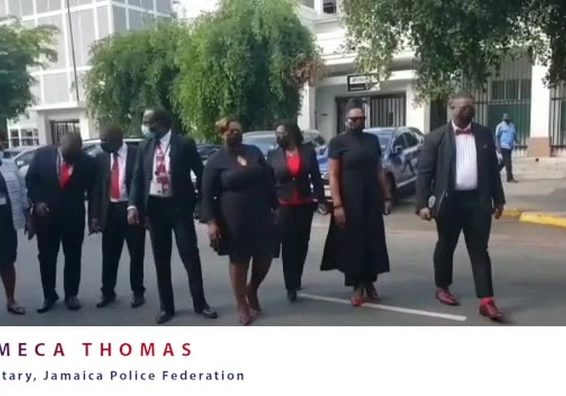 An estimated 300 police personnel turned up at the Supreme Court in downtown Kingston Thursday morning to support the Jamaica Police Federation’s (JPF’s) efforts to get the Government of Jamaica to honour overtime back pay.

The police, some in uniform while others wore plain clothes, stood at the entrance to the court as members of the Federation’s executive attended the session to hear the decision on the 40-hour workweek issue.

However, no decision was made on Thursday. The law enforcers will, instead, have to return to court on December 16.

The police and the Government have been locked in lengthy negotiations since 2008, following a ruling by the court that police personnel who work beyond an eight-hour shift per day be paid for the additional hours.

A few members displayed placards with various messages as members of the executive implored the gathering to observe the COVID-19 protocols that are in place for public gatherings.

According to Tameca Thomas, the Federation’s secretary, the support of members is appreciated.

“Today we will be hearing the verdict. We are militant, and we need every red cent,” she said before proceeding to court.

The Government’s latest offer is to pay the police for overtime dating back to 2019, but, in an open letter on Wednesday, the JPF said its members are willing to accept back pay up to 2015.

The Government’s offer is to make the payment over six years, while the Federation wants a lump sum payout, with the remainder over the next two years.