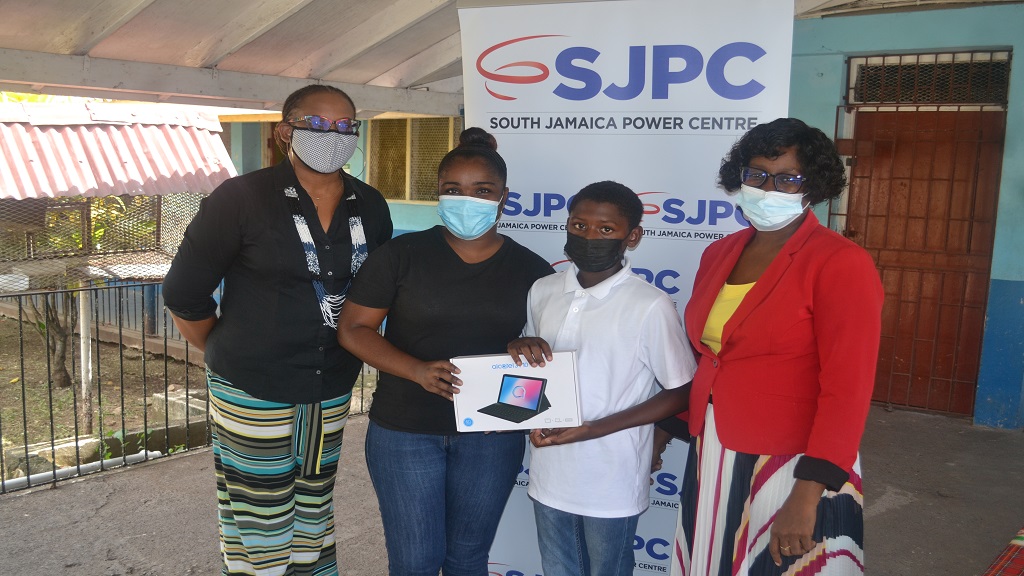 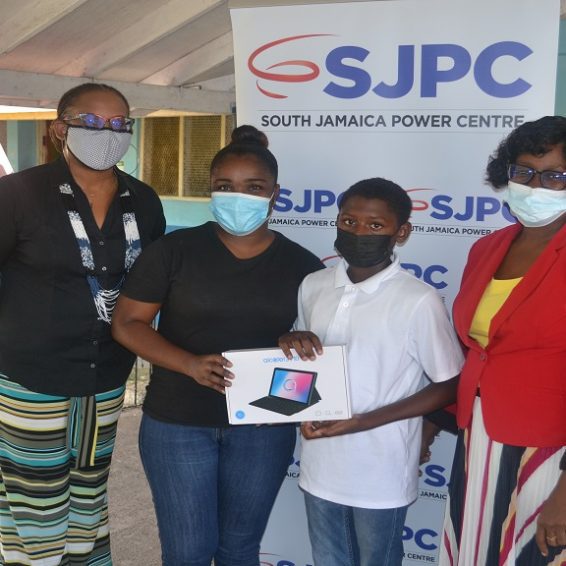 According to SJPC Business Manager, Rupert Johnson, providing aid to child education has been the organisation’s focus and mandate.

“At South Jamaica Power Company, we believe that we have a responsibility for the community we are in. We take up a large footprint in Old Harbour Bay and we feel that it is important for us to give back, especially in this climate. Old Harbour Bay Primary School is the only primary school within the community, and we know that many of these students are preparing for PEP, which is a very important examination in their lives. PEP is crucial in preparing them for their future exploits and career paths as it allows them to move on from primary school to high school, so it’s very important to help them now so they can make that transition as seamless as possible,” stated Johnson.

With the resumption of face-to-face learning on Monday, November 8, Old Harbour Bay Primary’s Principal Sandra Clarke-Morrison was thankful for the timing of the donation and shared her plans for the expected return to the physical classroom.

“We are very elated to receive this donation, especially with the resumption of face-to-face learning,” shared Principal Clarke-Morrison.

“We have had only a little over 50 per cent of the students online due to various device challenges. With this donation, it will help the children more as we will have a greater number of them online. Based on the number of students that we have, we are currently operating on a two-shift system since reopening. Group A, 3 hours in the morning, and Group B, 3 hours in the evening. When Group A leaves in the morning they have work that they are to do in their online classrooms while the other students are at school; and vice-a-versa. So, it’s a blended approach.”

While the virtual classroom has shown great potential for the future of youth education, Principal Clarke-Morrison highlighted that internet connectivity for the students remains a major challenge in facilitating learning to date. On a given day approximately 50 per cent of the school’s students may log on for classes.

According to Principal Clarke-Morrison, “the challenge is with some of the devices – as WIFI connectivity is disruptive so students are often bumped from the internet.” This served as the ethos to SJPC to make an informed and responsible donation of 10-inch android Alcatel tablets which have both WIFI and cellular connectivity.

“We found that many parents do not have WIFI in their homes, so giving them a tablet that is WIFI-enabled wouldn’t really be enough,” stated Johnson. “With the tablets donated having the cellular function, those without reliable WIFI connections can purchase their data plans to ensure that students are always online when they need to be.”

In line with the global shift towards environmental, social and governance considerations, General Manager, Leisa Baptiste-Whyte reiterated that the commitment to the development of Old Harbour Bay is long-term and shared insights into SJPC’s current undertakings in making a positive, sustainable social impact in the community.

“We [SJPC] will be focusing on the most vulnerable in the community. We have started out with a child and education focus and we have also been treating the elderly and less fortunate in the community. We want to ensure they are well taken care of as we recognize that the community is underserved. There are quite a few challenging situations that we want to contribute to so we can directly or indirectly build and uplift the people of Old Harbour Bay and its environs.”