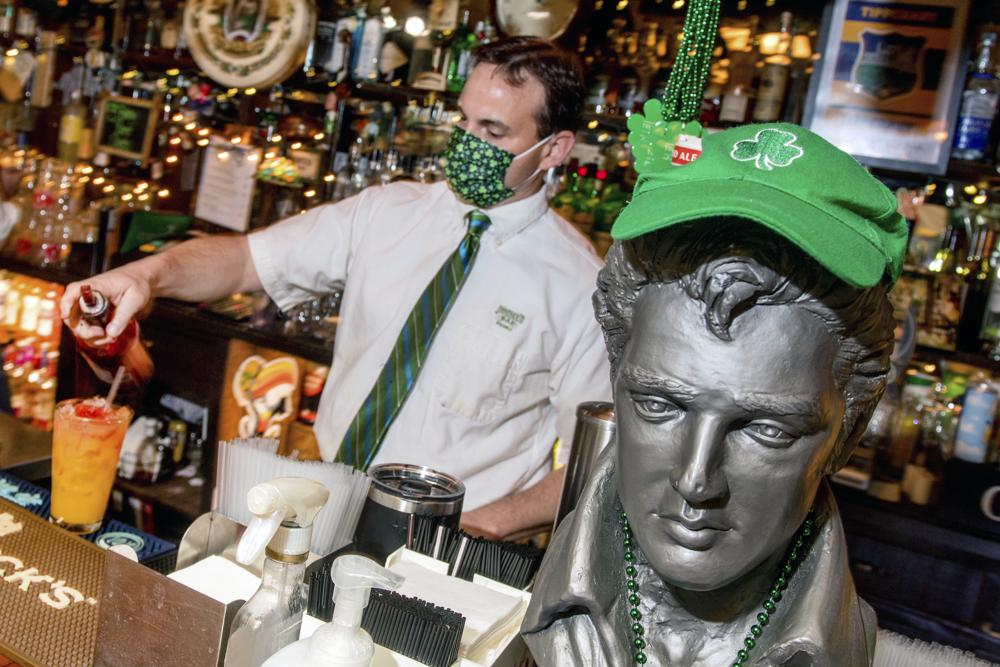 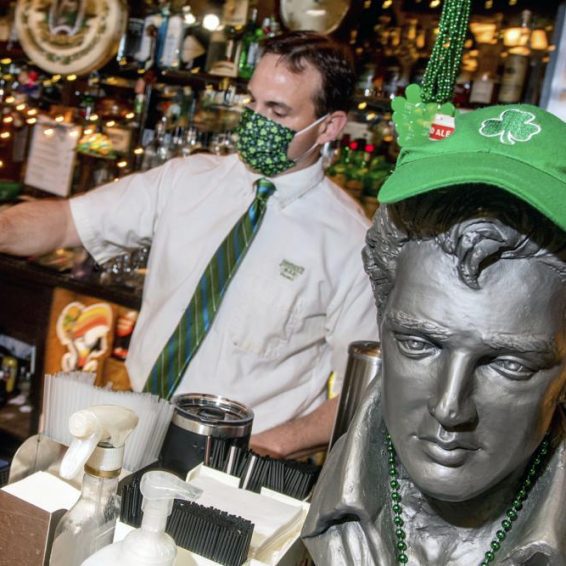 Return to Sender? Stolen Elvis bust is back in Illinois bar | Loop Jamaica

Return to Sender? Stolen Elvis bust is back in Illinois bar

Botanical Roots: Why you should drink chamomile tea

Pulisic returns for World Cup qualifiers against Mexico and Jamaica

A bust of Elvis Presley complete with a shamrock cap and beads stands guard as bartender Tom Eckstein mixes a drink for a St Patrick’s Day partier on Wednesday, March 17 at Jimmy’s Bar in West Peoria, Illinois. Somebody who ain’t nothin’ but a hound dog has made off with an Elvis Presley bust from a Central Illinois saloon. (Matt Dayhoff/Journal Star via AP)

The King of Rock n’ Roll is back in the building, they say.

An Elvis Presley bust that was swiped from a central Illinois bar has been returned after the story of its theft attracted international attention.

The theft had been discovered Sunday morning.

On Wednesday, the bar’s Facebook page had made an appeal for its return: ‘No questions asked’.

Spears said he was considering ways to improve security for the bust, but for now, it’s back in its familiar position overlooking the saloon and greeting customers from atop the centre of its long bar.

Spears, the bar’s owner for 39 years, said his niece bought the bust about 15 years ago at a garage sale for US$20, and it soon became the business’ bar-top mascot.

An Ananda Alert has been activated and a search is on for 14-year-old Dena Thomas, a student of Botany Bay district in St Thomas, who has been missing since November 2.

She is of dark complexion, m

United States President Joe Biden has nominated Jamaican immigrant Nick Perry to be the next US Ambassador to Jamaica.

The announcement was made by the White House on Wednesday.

Perry is a past

The 28-year-old nurse who was reported missing in St Andrew earlier this week, has been found.

The police in a release, had reported that Renieze Fletcher of Nurses’ Residence at the University Hos

Republican Winsome Sears, a Jamaican immigrant who returned to Virginia politics after an absence of nearly two decades, has become the first female lieutenant governor and the first woman of colour t