The Future Of Caribbean Money Is In The Spotlight

How The Caribbean Is Fast Becoming An Ecommerce Hub 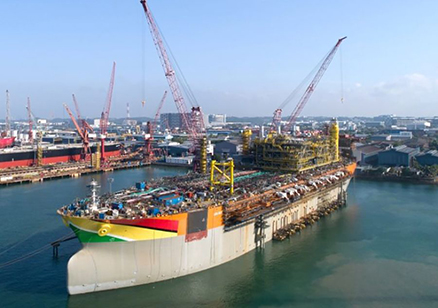 Rolling In The Oil In Guyana

ExxonMobil made the announcement new discovery at the Cataback-1 well for the Stabroek Block in offshore Guyana.

“This discovery adds to the resource in the Turbot/Tripletail area, enhancing the development project potential,” said Mike Cousins, senior vice president of exploration and new ventures at ExxonMobil. “Our proprietary technologies, global exploration experience and drilling capabilities continue to yield positive results in the Stabroek Block, which will generate additional value for Guyana.”

President of ExxonMobil Guyana, Alistair Routledge, said recent discoveries and ongoing projects continue to contribute to the advancement of the Guyanese economy.

“For us it is very important that the people of Guyana feel the benefit of not just the revenues that are generated from the natural resource but also from the investment activities, the development activities, the work that’s needed to produce the oil and gas,” he said. “And so, again, you look back and you say we’ve made remarkable progress since 2015; since that first discovery, more than US$500 million have been spent with local companies; more than 800 local businesses, companies are involved in the supply chain for our business.”

How The Caribbean Is Fast Becoming An Ecommerce Hub

The news comes as several Guyanese groups continue to pressure the government to review and revise the contract put in place with Exxon to ensure a more equitable return on investment for all Guyanese as the country could become one of the wealthiest in the Caribbean.

By around 2026, Guyana is projected to have the highest per capita oil production of any country in the world at around a barrel per person per day. Previous forecasts issued by the IMF put Guyana’s economy at $14.1 billion by 2025, almost three times 2019 figure.

The Guyana economy grew by 14.5 per cent during the first six months of this year, according to the mid-year report released recently by the Ministry of Finance.