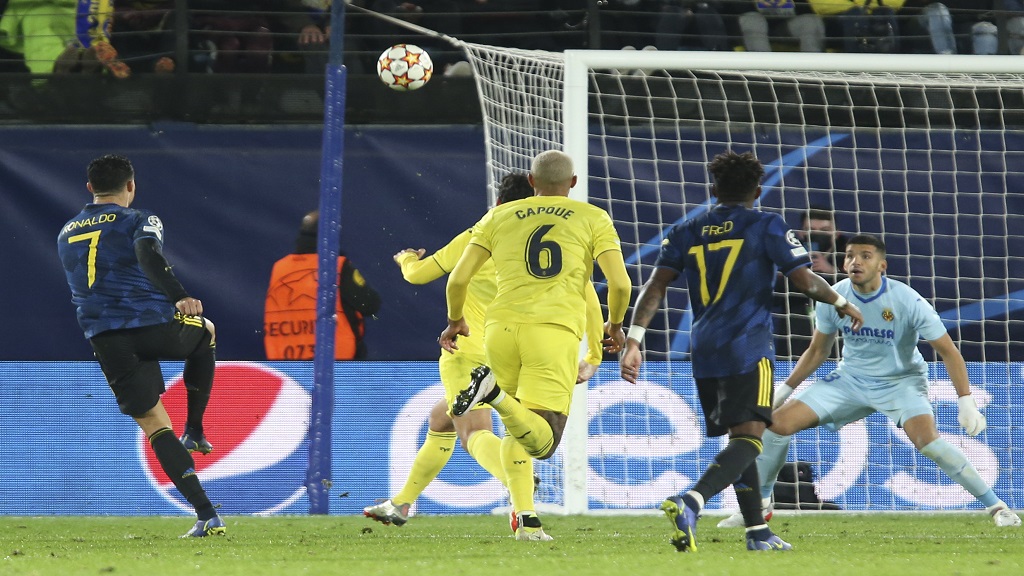 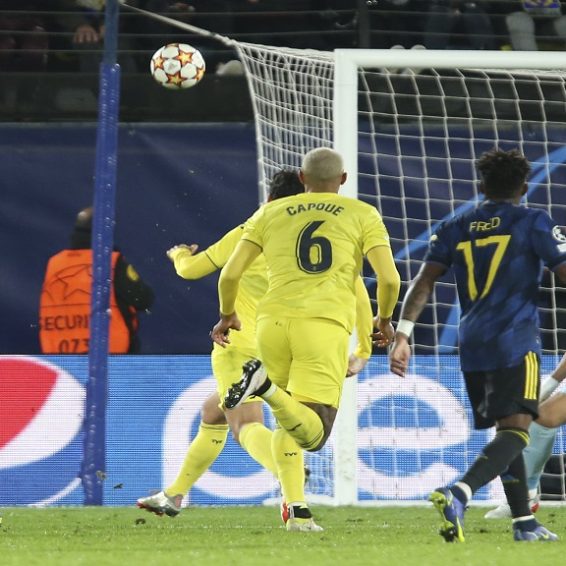 Energized by a change of manager and another opportunistic finish by Cristiano Ronaldo, Manchester United qualified for the knockout stage of the Champions League with a game to spare on Tuesday.

Another newly appointed coach sill has work to do, though, to get Barcelona into the last 16.

United were led for the first time by Michael Carrick following the weekend firing of Ole Gunnar Solskjaer and, just like his predecessor, the interim manager was left to be thankful for a goal by the Champions League’s record scorer.

Ronaldo produced a sublime lobbed finish to put United ahead against Villarreal and a 90th-minute strike by Jadon Sancho — his first goal since joining for $100 million in the offseason — sealed a 2-0 win to secure progress as the winner of Group F. Ronaldo has scored in all five group games so far, and now has a record-extending 140 Champions League goals in his career.

Another English team, defending champion Chelsea, also advanced on the back of a 4-0 win over already-qualified Juventus, which slumped to their heaviest ever loss in the Champions League. With Liverpool also qualified and Manchester City likely to join them, the Premier League will again be well represented in the knockout stage.

Barcelona, now coached by former star midfielder Xavi Hernandez, have advanced from their group every season for almost two decades but a 0-0 draw at home to Benfica means the Spanish club might need to beat Bayern Munich in the final round of games to advance.

All four teams in Group G are separated by three points and could still qualify heading into their last games after wins for Lille and Sevilla over Salzburg and Wolfsburg, respectively.

Ronaldo had already scored two winners and a late equalizer in the Champions League this season before his smartly taken go-ahead goal against Villarreal in the 78th minute, prompted by Fred winning the ball high up the field.

And both Fred and Ronaldo featured in a counterattack that ended with Sancho smashing a shot in off the underside of the crossbar to seal the win.

Carrick made a big call in his first game in charge by dropping playmaker Bruno Fernandes in a bid to set up in a more solid fashion and protect a defense that has been overrun this season. It led to a first clean sheet of the group stage.

More joy was to follow as Atalanta’s wild 3-3 draw at Young Boys meant United cannot be displaced as group leader courtesy of their superior head-to-head record against Villarreal, which are three points back in second place.

Atalanta, which are a point further back, grabbed a point thanks to Luis Muriel’s 87th-minute free kick with his first touch after coming on as a substitute.

It was a bittersweet night for Chelsea manager Thomas Tuchel.

The thrashing of Juventus, achieved courtesy of goals by academy graduates Trevoh Chalobah, Reece James and Callum Hudson-Odoi as well as a fourth by substitute Timo Werner, was marred by knee injuries to key players N’Golo Kante and Ben Chilwell.

Kante went off in the first half while Chilwell looked in agony as he was helped off the field in the 71st.

Chelsea and Juventus, who are tied on 12 points with a game left to play, both started an American in Christian Pulisic and Weston McKennie, respectively. They were two of six Americans to start Tuesday, a record in one night of group play.

Zenit St. Petersburg are assured of finishing third and going into the Europa League knockout stage after drawing 1-1 at Malmo, which will end the group stage in last place but at least have a goal to show for their efforts.

Barcelona missed a string of chances at the Camp Nou and stayed two points ahead of Benfica.

If Barca fail to beat Bayern away, Benfica could overtake the Spanish club with a win at home to already-eliminated Dynamo Kyiv. If they finish tied on points, Benfica would advance courtesy of their head-to-head record.

Helping Barca is the fact that Bayern have little to play for — except, maybe, the chance to knock out a historic rival, albeit one that has lost its aura following the departure of Lionel Messi and other big-name players amid financial problems.

Bayern had already qualified for the last 16 before their 2-1 win at Dynamo Kyiv and the result secured the German champions first place in the group.

Robert Lewandowski — with an overhead kick — and Kingsley Coman scored the goals for a threadbare Bayern squad missing nine players, with seven unavailable because either they tested positive for the coronavirus or were unvaccinated and had contact with a positive case.

Lille moved top of their group after Canada striker Jonathan David scored his 12th goal of the season to seal a 1-0 win over Salzburg, which dropped a point back in second.

Sevilla jumped into third place, above Wolfsburg, with a 2-0 victory over the German team thanks to goals by Joan Jordan and Rafa Mir.