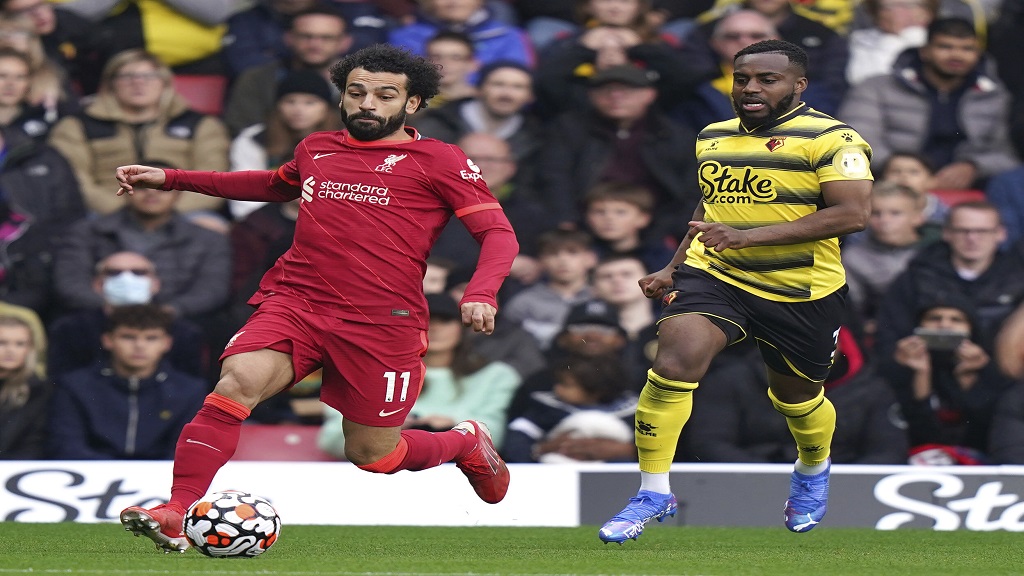 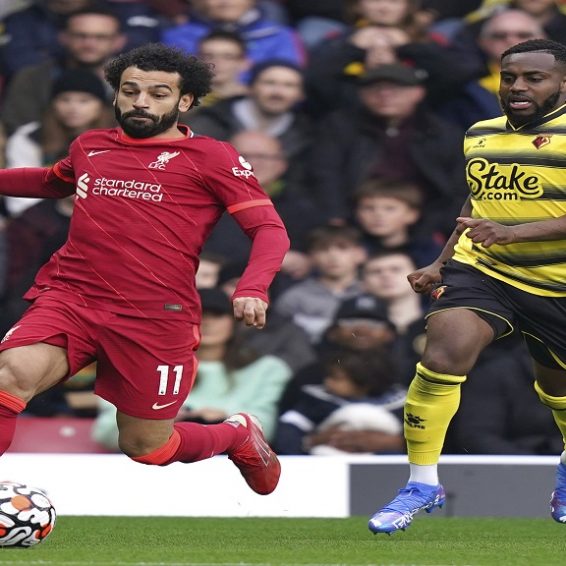 With a deft touch, a roll of the ball with his studs, a dummy and then a sublime finish into the bottom corner, Mohamed Salah produced another goal-of-the-season contender to headline Liverpool’s 5-0 win at Watford in the Premier League on Saturday.

On a tough day for Claudio Ranieri in his first match as Watford manager, Salah delivered almost a replica of his stunning individual goal against Manchester City before the international break to show just why many are calling him the world’s best player on current form. It also overshadowed a hat trick scored by Roberto Firmino.

Salah’s 54th-minute solo goal started just inside the area where he was surrounded by three Watford players. Salah somehow managed to extricate himself out of the situation with marvellous footwork — including the foot-roll that was a feature of the goal against City — before cutting back onto his left foot and curling into the far corner.

The Egypt winger was mobbed by his teammates after his seventh league goal of the season. He has now scored in his last eight games for Liverpool in all competitions.

Liverpool were already well clear by then after an eighth-minute opener by Sadio Mane — off Salah’s exquisite pass from off the outside of his left boot — and tap-ins either side of halftime by Firmino. The Brazil striker completed his hat trick with virtually the last kick of the game.

Mane become the 31st player to score 100 Premier League goals, and the third from Africa after Didier Drogba and Salah.

Liverpool started the eighth round of games in second place, a point behind Chelsea.

The 69-year-old Ranieri, who was hired last week as the replacement for Xisco Munoz, will be judged on games against weaker opponents than Liverpool but this was as one-sided a game as it gets.