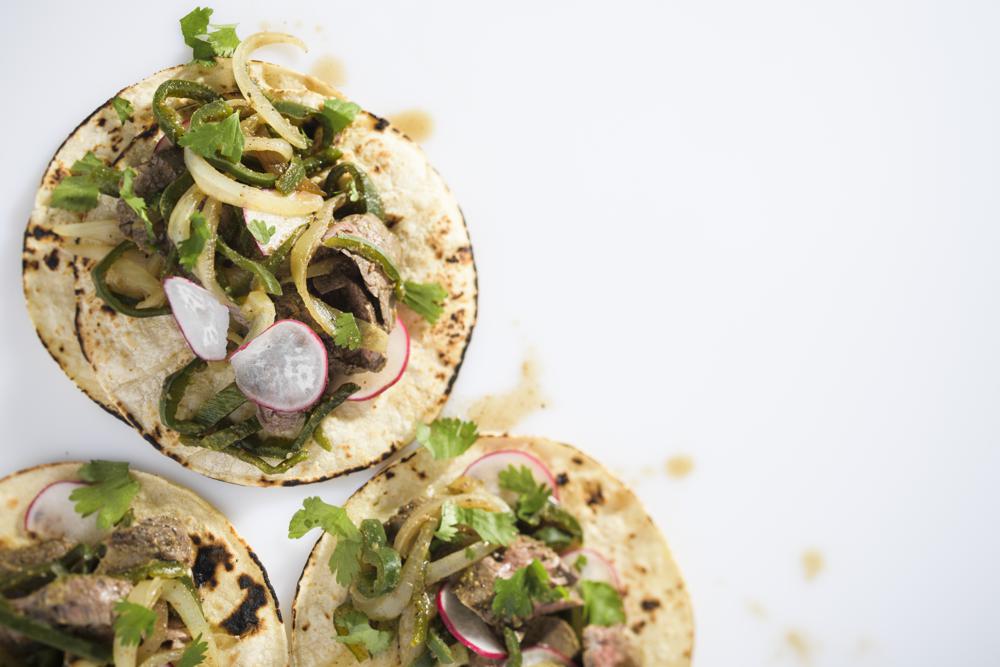 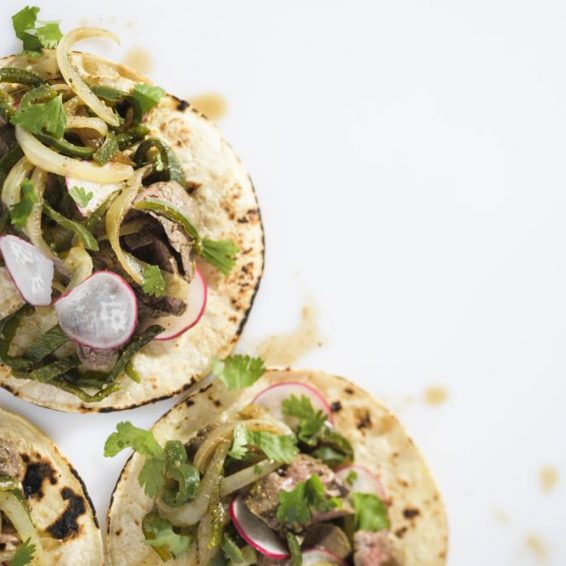 After years of debating whether marinades are worth the effort, we’ve decided to mostly skip them, especially when it comes to steak on a weeknight.

That’s because the ingredients in marinades do a poor job of penetrating the surface of the meat, and liquids actually inhibit the flavour that comes from searing meat because it has to first boil off.

So for steak, our motto is season first, sauce later.

That’s how we treat the steak in a simple taco filling in our book COOKish, which limits recipes to just six ingredients without sacrificing flavour.

Then while the steak rests, we turn sauteed onion and poblano chillies into a quick salsa.

Dousing the mixture with lime juice after cooking keeps the flavours bright and balanced.

Skirt steak is the perfect cut for these tacos because the cumin gets trapped in the folds, and the relatively high-fat content adds flavour while insulating the spice from burning.

For the tenderest texture, slice the steak thinly and against the grain. And use a non-stick skillet, otherwise, the steak’s seasoning may stick to the pan and scorch.

What’s Up? Quani insists no sidechick role for her in ‘Uncompromised’ | Loop Jamaica

Rub the steak with cumin, 2 teaspoons salt and 1 teaspoon pepper, then cut into 5-inch sections. In a nonstick 12-inch skillet, heat the oil until barely smoking. Add the meat and brown on both sides; transfer to a plate. To the skillet, add the onion, chillies and 1/2 teaspoon salt. Cover and cook, stirring, until slightly softened, then uncover and cook until lightly browned; remove from heat. Thinly slice the steak against the grain and toss with its juices and lime juice, then toss with the vegetables. Serve with tortillas.