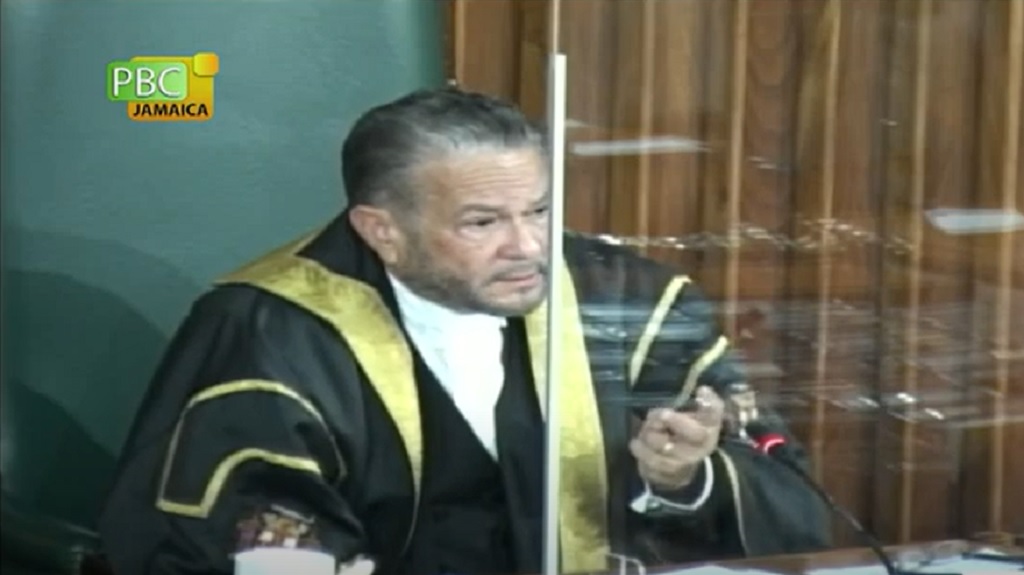 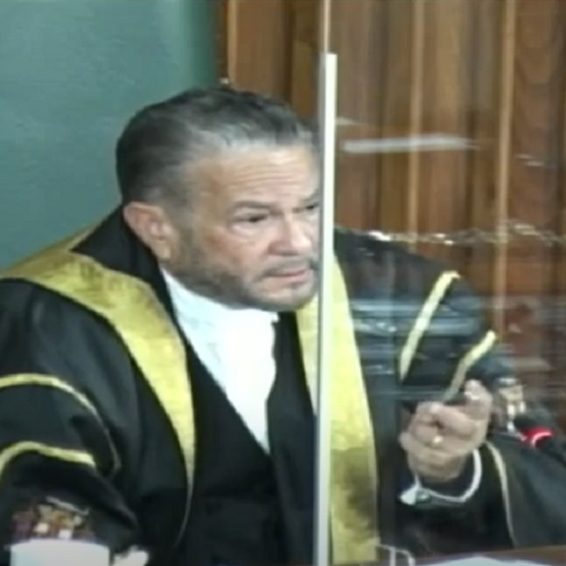 President of the Senate, Tom Tavares-Finson, did not hold back as he blasted Opposition Senators who, on Thursday, voted against a motion to extend the seven States of Emergency (SOEs) that were imposed across five parishes on November 14.

The SOEs will come to an end on Saturday.

A visibly upset Tavares-Finson, who rarely comments during or after debates, accused the parliamentary Opposition of leaving the country on a knife’s edge concerning the crime situation.

He said his decision to express his view was to bring to the attention of the country, the need to revisit a provision [in the Constitution] that, he said, allows two members of the Lower House, Mark Golding and Lothan Cousins, as well as three appointed members of the Senate — Damion Crawford, Peter Bunting and Dr Floyd Morris — to vote against extending the SOEs.

The provision referred to by Tavares-Finson speaks to the two-thirds majority vote that is required in both houses of parliament for a declared SOE to remain in force.

The provision meant that one Opposition senator would have had to vote with the Government on Thursday for the security measure to have remained in force.

In the case of Golding, the leader of the Opposition, and Cousins, the Member of Parliament for Clarendon South Western, Tavares-Finson noted that neither of them is from the parishes of St James, Westmoreland or Hanover, which he described as being at the epicentre of the crime problem plaguing the country.

However, Golding is MP for St Andrew Southern, which also falls within the area of the SOE.

The SOEs were imposed in the three western Jamaica parishes as well as four police divisions across the violence-plagued southern belt of Kingston and St Andrew.

According to the Senate president, the upshot was that “three unelected members of this House [Senate] have voted against this resolution. No account has been taken of the elected representatives from Hanover, St James and Westmoreland, all of whom supported the States of Emergency.

“Where is that an expression of democracy [when ] three unelected members of this Senate have put the security of this nation on a knife’s edge?” Tavares-Finson asked to sustained applause.

He wants every citizen of Jamaica and those overseas to take stock of the situation, where five men voted against a resolution in a scenario where crime was “making our citizens’ life a nightmare”.

“This country needs to revisit this provision because it flies in the face of everything that is sensible,” he declared.

Tavares-Finson acknowledged that the provision, which is contained in the amended Charter of Rights, was pushed by former Prime Minister Edward Seaga. However, he argued that the change was made “because of the illegal [and] corrupt 1976 state of emergency”.

That SOE was declared by then Prime Minister Michael Manley.

The Opposition has voted to extend SOEs on multiple occasions since 2018, but this time argued that the measure has been ineffective in curtailing murders.

It has also argued that SOEs are not needed for soldiers to be deployed alongside the police to fight crime.

Additionally, the Opposition has argued that there is a matter relating to the constitutionality of the SOE that is currently before the Court of Appeal.