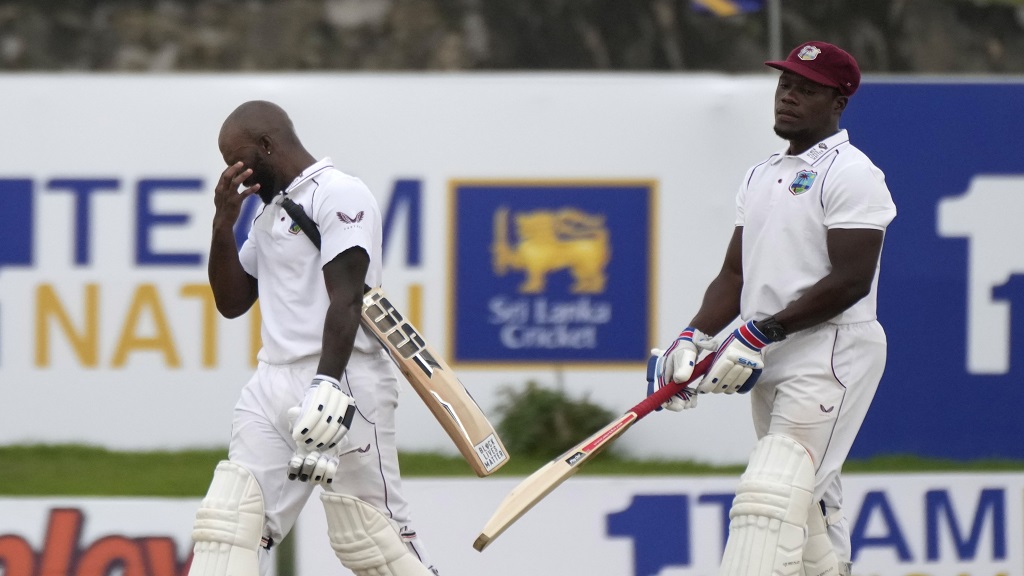 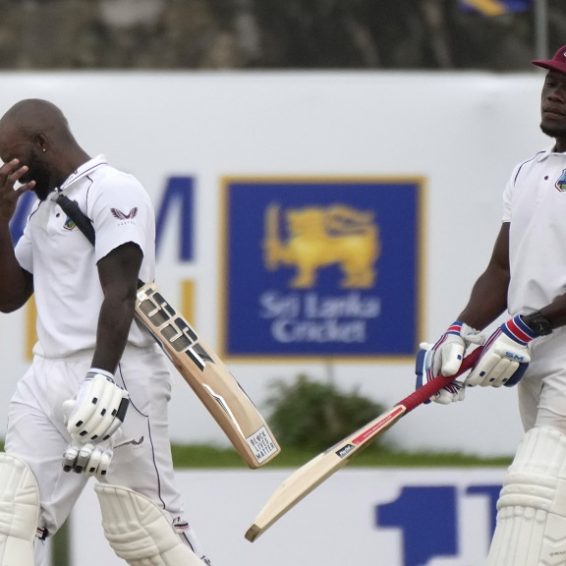 Judge refuses to admit transcript of recordings of alleged gangsters

Man United, Chelsea advance in CL; Barcelona made to wait

West Indies collapsed to 18 for six in their second innings before ending the fourth day on 52 for six as Sri Lanka took complete control of the first cricket Test.

Spin bowlers Ramesh Mendis and Lasith Embuldeniya moved Sri Lanka close to victory Wednesday after the hosts declared their second innings at 191 for four and set West Indies an unlikely 348 runs to win.

Sri Lanka are just four wickets away from victory on a turning pitch at Galle International Stadium, with West Indies needing another 296 runs to win, or trying to bat out the final day.

Sri Lanka won the toss and scored 386 in their first innings. West Indies replied with 230 — conceding a 156-run lead — after resuming Wednesday on 224 for nine. Sri Lanka then declared their second innings early.

Sri Lanka captain Dimuth Karunaratne scored 83 runs to follow his 147 in the first innings. Angelo Mathews hit two sixes and six boundaries for 69 not out.

When Mendis bowled Jason Holder in the first ball he faced with a delivery that went straight on, the West Indies plummeted to 18 for six.

Nkrumah Bonner (18 not out) and Joshua Da Silva (15 not out) shared an unbroken 34 runs for the seventh wicket when play closed early because of bad light.

Mendis had bowling figures of four for 17 while Embuldeniya took two for 18.

Four hours after a 22-year-old man was on Tuesday morning fatally shot by a security guard in Portmore, St Catherine, his mother was found dead at their home, which is also in Portmore.

Recording artistes Spice and Etana have secured Grammy nominations for Best Reggae Album in the same year — a first in the history of the awards.

Spice got her nomination for her album ’10’, wh

Education, not teenage pregnancy is the solution

Having spent much of her formative years in Jones Town, St Andrew, before migrating to Brixton, England, Dr Kurdell Espinosa Campbell believes that, through education, people from garrison communi

Support pouring in for dancehall icon Tiger after suffering stroke

Dancehall artiste Rhiality, the daughter of dancehall icon Tiger, is pleased with the level of public support being given to her father in the wake of an appeal for financial assistance to help defray

Opposition Member of Parliament [MP] for Clarendon South West, Lothan Cousins, received the ire of Government members in the House of Representatives on Tuesday, after he charged that soldiers were br