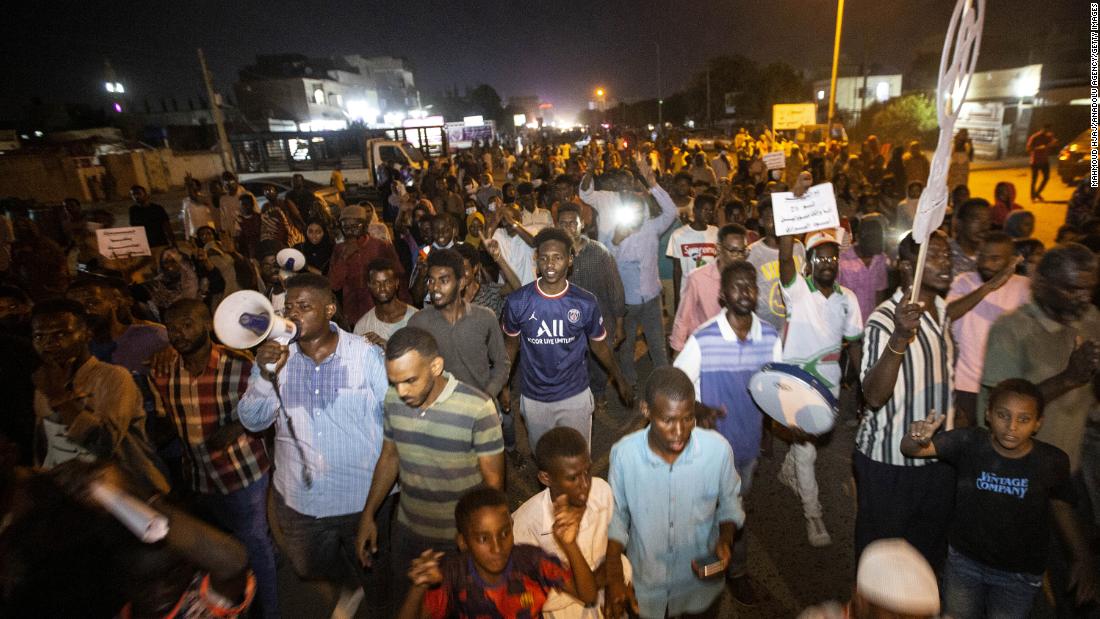 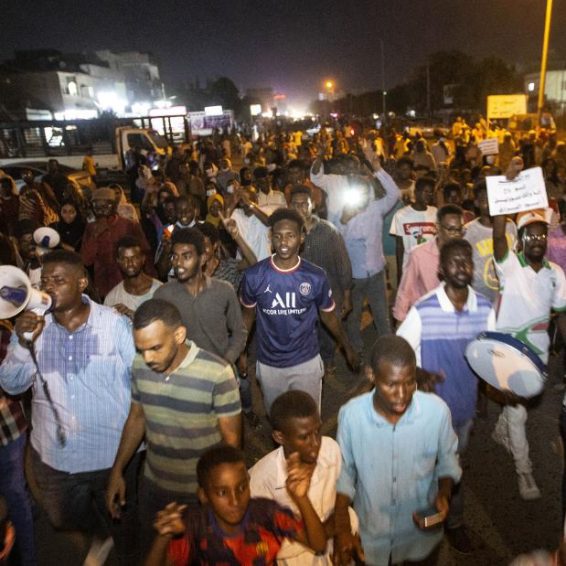 3 weeks ago·2 min read
ShareTweetPinShare
Home
World News
Sudan internet cuts complicate civil disobedience campaign against coup
The content originally appeared on: CNN
Local “resistance committees” and the Sudanese Professionals Association (SPA), which led demonstrations in the uprising that toppled then-president Omar al-Bashir in April 2019, are organizing a campaign of protests to try to reverse the military takeover.
Sudan’s Prime Minister Abdalla Hamdok says he’ll never step down ‘willingly’ in the wake of coup
People were out on Sunday on the streets in the center of the capital, Khartoum, though there was less traffic than usual, residents said.
A teachers’ union said security forces used tear gas at the education ministry building for Khartoum State to break up a sit-in staged to oppose any handover to military appointees. Some 87 people were arrested, it said.
In the Burri neighborhood of Khartoum and across the river in the Ombada area of Omdurman, police also used tear gas to break up protests, eyewitnesses said.
Read More
There were protests too in the cities of Medani, Nyala, and Atbara, where hundreds protested the re-appointment of Bashir loyalists in local government, eyewitnesses said.

Some hospitals and medical staff in Khartoum were working normally while others were on strike.
“A number of people did not know about the call for civil disobedience because of the internet cut,” said one resident in central Khartoum who asked not to be named.
Internet services have been badly disrupted since the October 25 coup, and phone coverage remains patchy. Although daily life came to a near standstill, shops, roads, and some banks have since reopened.
The coup halted a power-sharing arrangement between the military and civilians that had been agreed after Bashir’s overthrow and was meant to lead to democratic elections by late 2023.
The military has taken over in Sudan. Here’s what happened
Top civilians including several ministers were detained, and Prime Minister Abdalla Hamdok was placed under house arrest.
Since the coup, mediation efforts involving the United Nations have sought the release of detainees and a return to power sharing, but sources from the ousted government say those efforts have stalled.
On Sunday, the commander in chief of the military, Abdel Fattah al-Burhan, met an Arab League delegation, which stressed the importance of dialog and the democratic transition, his office said in a statement.
Burhan told the delegation the military was committed to achieving “the Sudanese people’s ambitions,” the statement said.
Activists demanding that the military exit politics have announced a schedule of protests leading up to mass rallies on November 13 under the slogan “No negotiation, no partnership, no compromise.”
Hundreds of thousands took to the streets against military rule in two demonstrations before and after the October 25 coup.
Western powers have paused economic assistance to Sudan and say that relief on tens of billions of dollars of foreign debt is at risk unless there is a return to democratic transition.