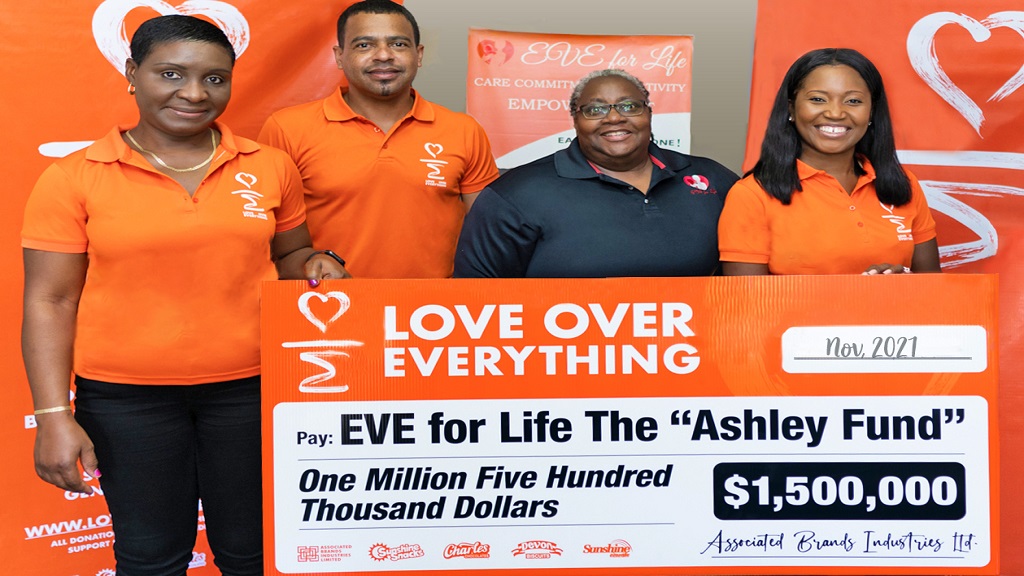 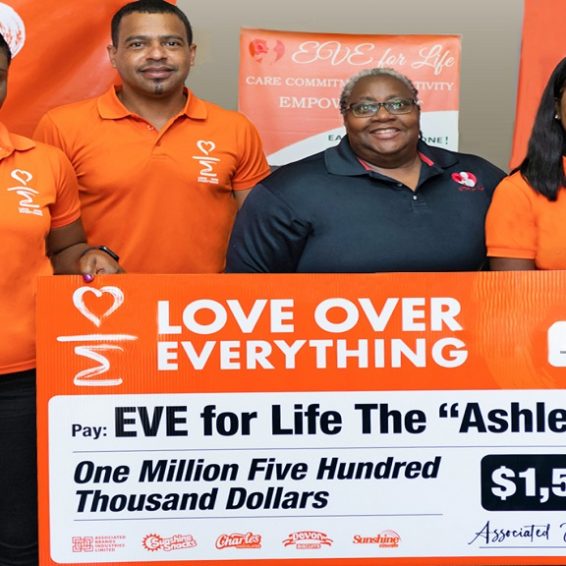 Sunshine Snacks recently handed over $1.5 million to EVE For Life Jamaica to support women and children living with HIV/AIDS.

The donation is part of the “Love Over Everything” initiative, which seeks to address and highlight the incidence of gender-based violence against girls and women in the Caribbean.

A cheque, valued at $1.5 million, was handed over to Joy Crawford, Co-founder and Director at Eve for Life by Vinnette Stephenson, Jerazeno Bell and Shantell Hill-Afonso of Sunshine Snacks.

“There are so many women and girls who need help across Jamaica in dealing with issues of gender-based violence daily. By donating to Eve For Life, we are supporting the survivors of gender-based violence, and those specifically impacted by HIV/AIDS. We intend to continue to assist organisations who dedicate their time and resources towards rehabilitating and empowering girls and women who have been affected,” she said.

Joy Crawford of EVE For Life added, “it has been a challenging year, and we are excited and grateful for the support and partnership with @loveovereverything.love. With this donation, we will be able to improve the mental, emotional and socio-economic situations of our childhood sexual abuse survivors.”

Sunshine Snacks made a similar donation to the Rape Crisis Society in Trinidad and Tobago.

“This is part of the broader “Love Over Everything” initiative where Trinidadian Band, Freetown Collective, partnered with Associated Brands to do a series of activities aimed at making a profound and practical impact in the fight against gender-based violence.” Hill Afonso added.

The initiative included the release of a short film by Gabrielle Blackwood on Father’s Day and will conclude with a film to be released on International Day for the Elimination of Violence against Women on November 25.

Statistics show that women account for 42 per cent of HIV/AIDS cases in Jamaica. In the vulnerable age group of 15 to 24 years, infected women and girls are more than double the number of men and boys.

Eve for Life was founded in 2008 in response to a dire need for support for women and children living with or affected by HIV and AIDS.