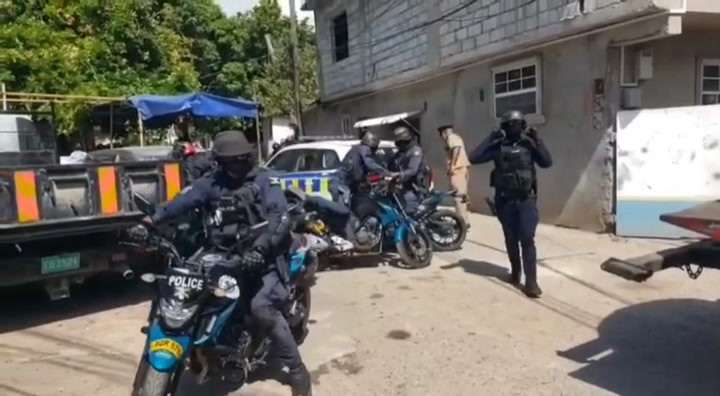 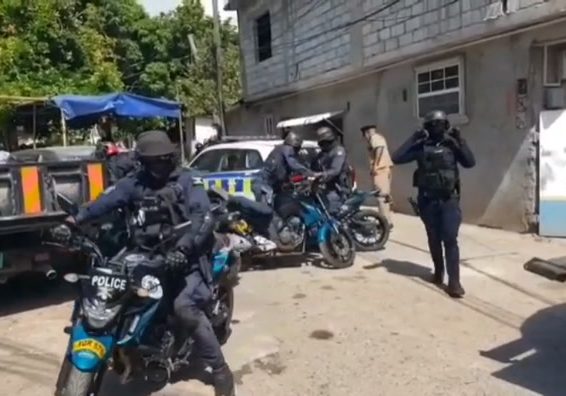 Poll: When is the best time to buy gifts for the holiday season?

Police on the operation in Kingston on Monday

Police seized two firearms and seized three motor vehicles during an operation in sections of Kingston.

Two people were taken into custody for questioning at the end of the clampdown.

Reports are that personnel from The Constant Spring police station along with the Metro Quick Response Unit conducted a targeted raid at premises in Retreat Lane, Kingston 8, in search of wanted men, illegal firearms, and ammunition.

During the operations, 6 premises with 8 dwellings, 2 vehicles, and 13 persons were searched.

Two 9mm pistols, with two magazines containing 31 cartridges collectives were found on one of the premises that police had to use force to enter.

Three (3) vehicles were also seized, one 2010 Grey Toyota Premio, a white Mark X, and a blue Honda CRV, in the raid.

Poll: When is the best time to buy gifts for the holiday season?

In anticipation of the pending Local Government Elections, People’s National Party (PNP) President, Mark Golding, says the party will be embarking on weekly tours and meetings to drum up support for i

Jerk chicken vendor shot dead on the job in Portmore

Poll: Who do you blame for WI poor performance at the T20 World Cup? | Loop Jamaica

A jerk chicken vendor was shot and killed by unknown assailants in Portmore, St Catherine on Saturday night.

Jamaican sex convict gets lifeline from Bermudian court re deportation

The Bermudian Supreme Court has given a convicted Jamaican sex offender a possible lifeline of remaining in that country after a judge stayed his deportation order.

Although the Government has established more options for Jamaicans to get access to COVID-19 vaccines locally, Member of Parliament (MP) for East Rural St Andrew, Juliet Holness, is proposing for all

Artiste got his high school diploma and more

Opposition rankled by reference to Luther Buchanan as ’empty barrel’

First-term Member of Parliament (MP) for Westmoreland Eastern, the Jamaica Labour Party’s (JLP) Daniel Lawrence, rankled Opposition MPs during his recent maiden contribution to the State of the Consti