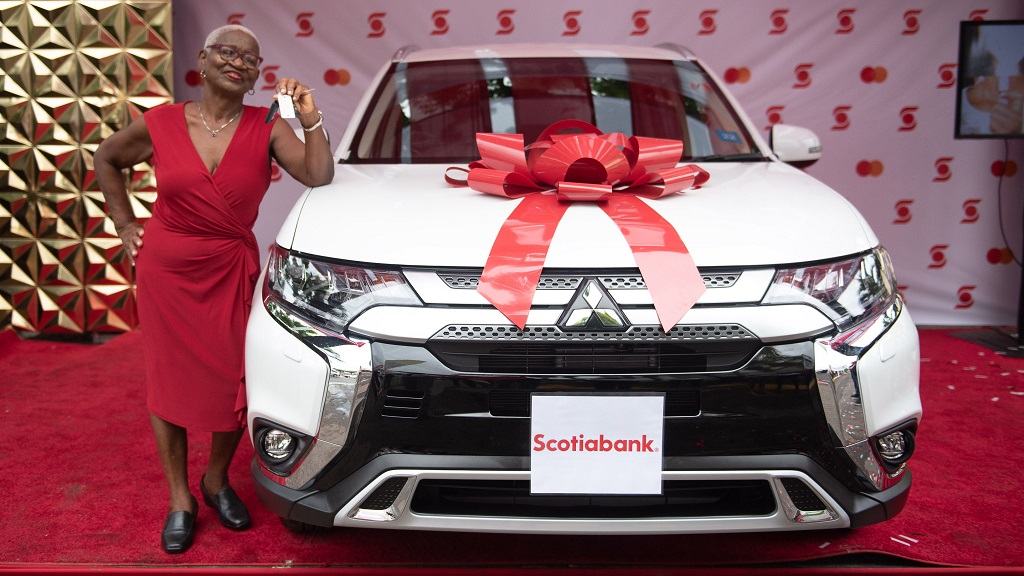 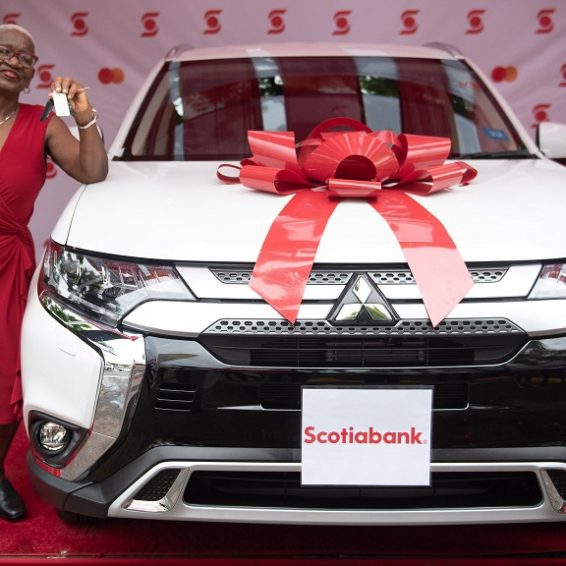 A 77-year-old retiree, Daphne Francis and a St Elizabeth businessman, Dwayne Powell have been announced as the grand prize winners of Scotiabank’s Activate Your Power promotion. Francis won a 2021 Mitsubishi Outlander SUV, and Powell, a 2021 Hyundai Santa Fe SUV.

“I feel great about winning this brand-new SUV,” said Francis. For the 77-year-old St Ann native, the win couldn’t have come at a better time as her current vehicle had been in the garage from earlier in the year. As fate would have it, she was on her way to her Ocho Rios branch when that vehicle failed, so she was more than elated about the surprise win.

The brand-new SUV will serve Francis well. As a retiree, she is active in the church and plans to use the Outlander for both personal purposes and church duties.

It was a similar story for Powell. Not aware that he had been entered in the promotion, he was in disbelief when he got the winning call. “I didn’t believe the person at first, but then I did some research and made a few calls,” Powell explained.

Able to confirm that the whole thing wasn’t a practical joke or a scam, he happily took delivery of his grand prize.

“It’s great to have won this new SUV. I’ve never won anything before,” said Powell. The St. Elizabeth businessman isn’t sure yet what he’ll do with the new acquisition, but both he and his wife are inclined to keep the vehicle despite having one currently.

Both winners expressed appreciation of the enhanced benefits including the safety features of the new chip-enabled ScotiaCard. “This promotion was created to encourage our customers to activate and use their ScotiaCard MasterCard Debit and to enjoy its advantages. I must say hearty congratulations to Daphne and Dwayne, two great Scotiabank customers. A car is a really great prize and it’s very heartwarming for us at the bank to have promotions like these where we can reward our customers and make a significant difference in their lives. ,” said Perrin Gayle, Senior VP Retail Banking — Scotiabank.

The Activate Your Power promotion ran from May 24 to August 21, during which any ScotiaCard MasterCard Debit activation or purchases made on the card gave customers instant entries for the two grand prizes.

The new ScotiaCard MasterCard Debit offers Scotiabank customers both online and worldwide point of sale payment acceptance, “Tap and Go” for contactless purchases where available, and maximum safety for all transactions due to ‘chip and PIN’ technology that allows the new card added protection against fraud.