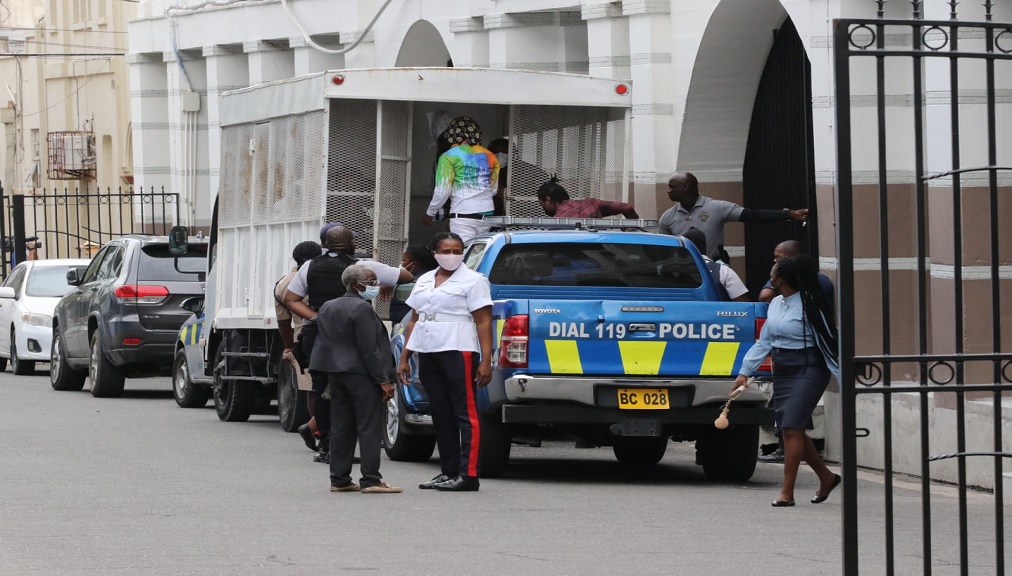 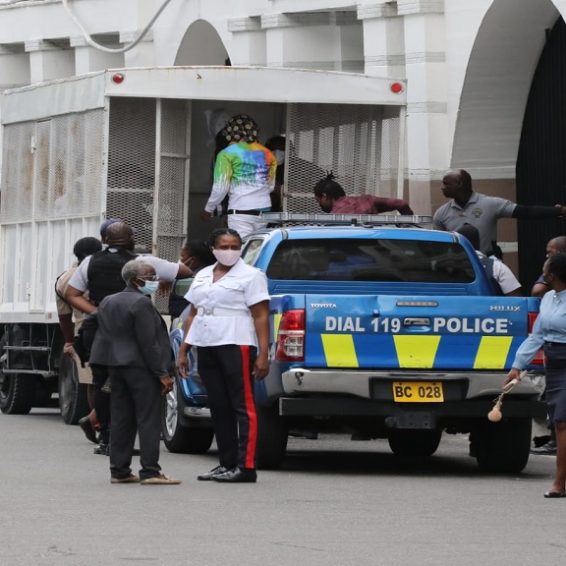 An undercover policeman who was introduced as the uncle of a gangster testified on Thursday that an illegal gun and ammunition was handed over to him by two gangsters affiliated with the Spanish Town, St Catherine-based One Don faction of the Clansman gang.

The officer is a detective attached to the Counter-Terrorism and Organised Crime Investigation Branch (C-TOC) and one of the investigating officers in the case.

The undercover policeman is the officer the second prosecution witness said he gave one of the three phones containing the conversations he (the witness) secretly recorded of the gangsters after he became an informant.

The recordings were then placed on compact discs and were transcribed by two cops with the help of the self-styled former don-turned state witness.

The undercover officer on Wednesday said he interacted with the main witness more than 30 times. During those interactions, he was introduced by the witness to gang members as his ‘uncle’.

On Thursday, the police witness continued his testimony by disclosing that in 2019, he met with the second prosecution witness in Lakes Pen in St Catherine.

The lawman said he arrived at the location with two other policemen.

The undercover police told the court that when he exited the vehicle, he went into the driver’s side of the second witness’ car and they proceeded to Jones Avenue in Spanish Town.

Jones Avenue, the second witness had previously testified, is the headquarters of the One Don faction of the Clansman gang, which is allegedly led by Andre ‘Blackman’ Bryan, one of 33 accused on trial in the Home Circuit Court in downtown Kingston.

The undercover policeman testified that the arrangement was that the other two police officers were to follow behind the second witness’ car in another vehicle as they headed to Jones Avenue.

When the policeman and the then gangster arrived at a yard in Jones Avenue, a man approached the vehicle and handed the witness (then a gangster) a scandal bag which contained an object, which turned out to be a gun.

According to the lawman, the self-styled don had introduced him to the man as his uncle who was taking care of him (the witness).

The detective said he was able to see the man clearly, including the features of his face.

The officer said the second witness then asked the man for what he called, “the teeth”.

The man responded by indicating that, “Papa have the teeth”.

According to the law enforcer, the second witness made a phone call and another man approached from the right side of the vehicle through a fence.

Upon approaching the vehicle, the second man bumped fist with the undercover officer.

That man then handed the second witness a beverage bottle, the lawman testified.

Previously, the second witness had testified that ‘Papa’, who is defendant Joseph McDermott, had allegedly handed over a drink bottle containing cornmeal and ammunition.

The witness indicated that on that occasion, it was the second time he was handing over a gun to the police.

The prosecution was able to get one of the three cellphones used by the second witness to record conversations with members of the gang entered into evidence.

The prosecution on Tuesday had failed in its bid to have three transcripts of the alleged secret recordings of the purported gangsters from entering into evidence at that time, as “insufficient” evidence was presented to indicate the chain of custody of the phone recordings that were transcribed.

After assessing the decision handed down by Chief Justice Bryan Sykes to not admit the transcripts into evidence, a lead prosecutor on Wednesday indicated that the four police officers, of which the undercover police is one, will be called to establish the chain of custody.

The phone tendered into evidence is a black Vonino phone, while the other two cellphones were marked for identification.

One of those two cellphones is of the Alcatel brand.

The Alcatel phone has not been tendered into evidence as yet, due to the undercover policeman being unable to retrieve the International Mobile Equipment Identity (IMEI) number.

The IMEI is a unique number that is allotted to each cellphone.

According to the officer, he would usually retrieve that number by dialing a code on the phone, however, the device was not charged.

The law enforcer is to continue giving evidence on Friday.

Bryan, along with 31 other men and one woman are being tried in the Home Circuit Court under the Criminal Justice (Suppression of Criminal Organisations Act), 2014, better known as the anti-gang legislation, on an indictment with 25 counts.