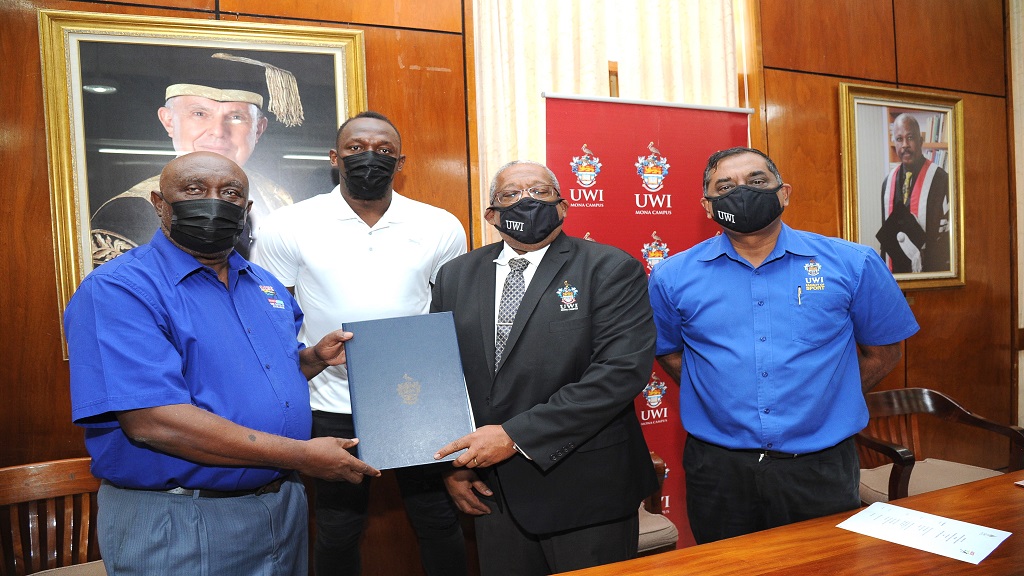 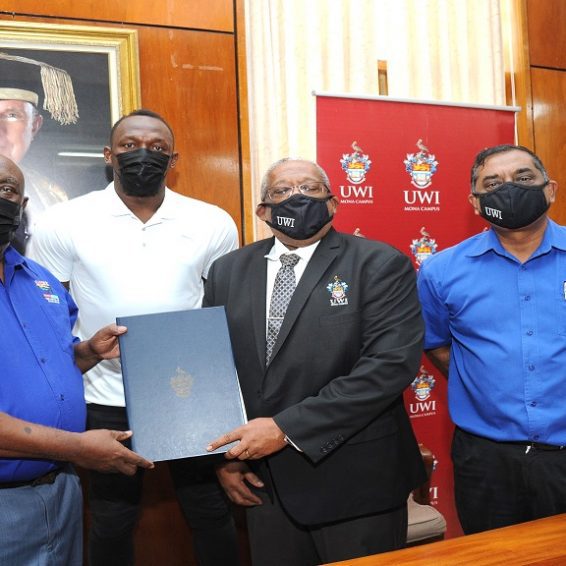 The University of the West Indies, (The UWI), Mona Campus and the Racers Track Club Limited (RTCL) have signed a Memorandum of Understanding (MOU), formally signalling the continuation of their strategic partnership in the development of Caribbean athletics.

Through The UWI Mona’s Academy of Sport in the Faculty of Sport, the agreement aims to further enhance the training of athletes and the development and growth of athletics in Jamaica as well as internationally.

The agreement was signed on Monday, October 11, 2021, at The UWI Mona Campus at a brief ceremony to mark this special occasion.

According to the MOU, the main objectives of the agreements are to establish a UWI Mona/Racers partnership to develop and promote young and upcoming student-athletes as well as other athletes for the development of sports at The UWI Mona and throughout Jamaica and to collaborate in the marketing and promotion of The UWI Mona and Racers regionally and internationally.

Speaking at the signing ceremony, Pro Vice-Chancellor and Principal of The UWI Mona Campus, Professor Dale Webber said sports, especially track and field have always been a central part of the development of Jamaica and the Caribbean.

Under the agreement, The UWI Mona will continue to host the Racers Track Club and facilitate their training in track and field athletics through the use of the University’s sports facilities. Such use will be at no cost to Racers except where the Club requires housing of office spaces and long term use of other facilities. In return, under the MOU, Racers will promote the UWI Mona’s commitment to the development of sports and the training of their student-athletes through its spokespersons.

He acknowledged the contribution of Professor Gordon Shirley, who was at the time Pro Vice-Chancellor and Principal, whose ingenuity and skill, he said, was instrumental in getting the Regupol Athletic Track (provided to Usain Bolt by Berleburger Schaumstoffwerk-BSW) to be laid down.

The Racers Club, Mills said, has made great use of this track. “The Track is responsible for “some of the greatest performances that the world has ever seen and not just with Usain Bolt, … we achieved things like “1-2-3” in an Olympic Game which has never been done before.

“We are proud of Racers for what we have been able to achieve and we are thankful for the support The UWI has given us throughout the years and we look forward to their continued support. To that end, I sign this MOU with great pleasure and not much concern.”

Giving his remarks at the ceremony, eight-time Olympic medallist Usain Bolt, shared his memories of training at the UWI Mona Bowl and so for him, it was a pleasure to be a part of the signing ceremony.

“I have a lot of great memories working hard at the Mona Bowl from the days when we trained on the grass until we got the track. Dr Bolt said, “a lot of friendships were built, coach and I would’ve built a bond on the track where we spent many hours training to dominate the world.”

Giving his closing remarks, Prof Webber added: “We have extremely talented people, but sometimes they don’t have the opportunities, however in our strategic plan of access, alignment, and Agility we want to give them the opportunity. Through this MOU, we hope to give greater access to athletes here at the UWI as well as athletes throughout the Caribbean who want to participate in this program, we have aligned with Racers Track Club so UWI can move hand in hand for mutual benefits. With greater agility, we want to move to get things done in a more timely fashion and in a way that promotes economic gain for the communities around us.

“We look forward to the growth that will come from this partnership for the sharing of information, research and expertise,” the UWI, Mona principal said.