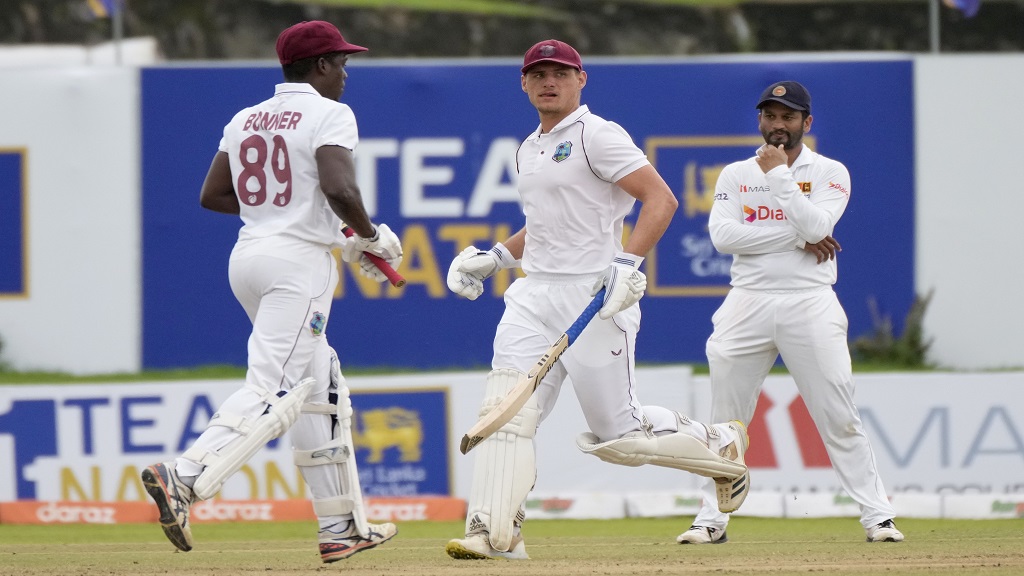 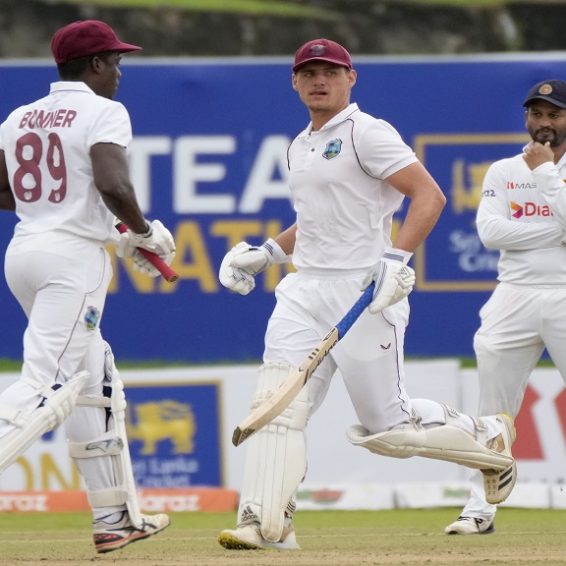 West Indies suffered a heavy 187-run defeat to Sri Lanka in their opening Test in Galle on Thursday.

West Indies needed 348 to win but were bowled out for 160 shortly after lunch on the fifth and final day.

Embuldeniya, who had innings bowling figures of five for 46 , had six wickets in the match while Mendis with four for 64 had a seven-wicket match total.

Jamaican Nkrumar Bonner top-scored for the West Indies with an unbeaten 68 off 220 balls, including seven boundaries. It was his third Test half-century.

Bonner and Joshua da Silva frustrated Sri Lankan bowlers, who desperately searched for a breakthrough as rain threatened to spoil the march.

Da Silva and Bonner started the day on 52 for six with the pair trying to rebuild the innings after their team plummeted to 18 for six.

The pair added 62 more runs in the morning session before da Silva was caught by Dhananjaya de Silva at slip for 54 runs.

Embuldeniya broke the 100-run, seventh-wicket partnership as the West Indies went to lunch on 125 for seven wickets.

Sri Lanka opted to bat after winning the toss and made 386 in their first innings, and the West Indies responded with 230.

Sri Lanka declared their second innings on 191 for four, giving the tourists 348 runs to win.