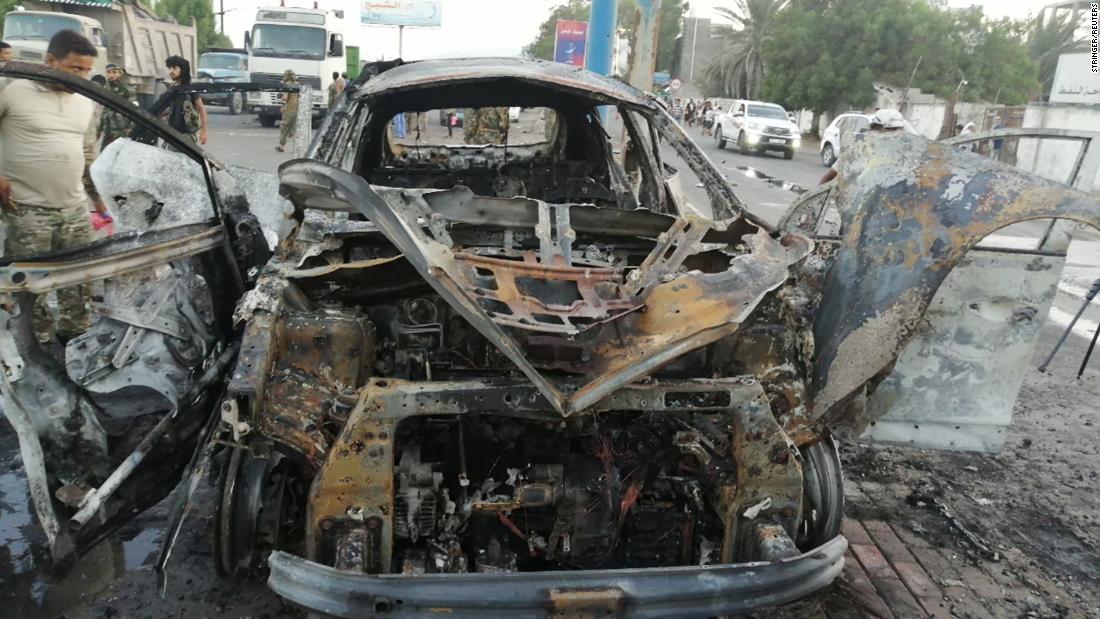 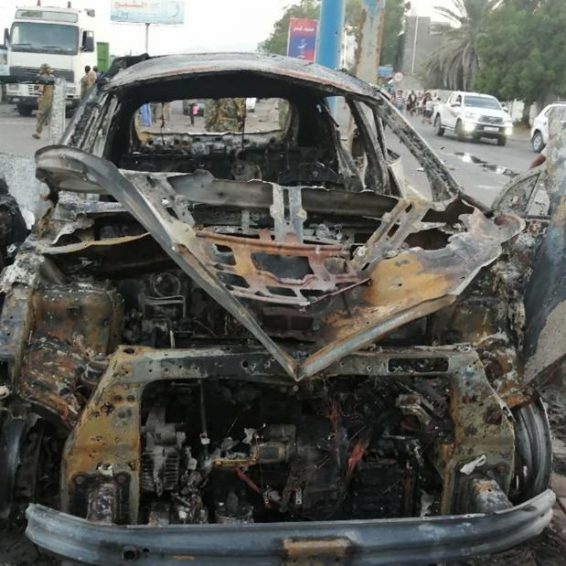 3 weeks ago·1 min read
ShareTweetPinShare
Home
World News
Pregnant Yemeni journalist killed in car explosion
The content originally appeared on: CNN
Journalist Rasha Abdullah al-Harazi was in a car with her husband, Mahmoud Ameen al-Atmy, also a reporter, when the incident took place. An explosive device was attached to the car while the journalists were driving near the Abyan seashore, the country’s state-run agency reported.
Al-Atmy survived the blast but was seriously injured, according to the Yemen Journalist Syndicate (YJS).
“The Syndicate considers this crime a reprehensible precedent, and expresses fear that it serves as a dangerous indicator of a new and violent phase targeting journalists in Yemen,” the YJS said.
Concerns grow for Yemeni journalist jailed for ‘doing his job’
Video filmed by Reuters showed the aftermath of the explosion, with several onlookers inspecting the charred husk of the vehicle on the side of the road. The front of the car appeared to have been completely ripped apart by the explosive.
Read More
The Yemen’s Saudi-backed Ministry for Human Rights said that al-Harazi was nine months’ pregnant while Saudi-owned TV channel Al Arabiya said that al-Atmy worked for them as a reporter.
The YJS called the explosion a “targeted” attack, however no group has claimed responsibility yet.
Aden serves as a temporary seat for the Saudi-backed government, which has continued fighting Iran-backed Houthi rebels across the war-torn country. The years-long civil war has cost thousands of lives and plunged Yemen into a humanitarian crisis.
The city, however, is controlled by the Southern Transitional Council, a separatist group, which often clashes with the government despite a power-sharing agreement signed in Riyadh.